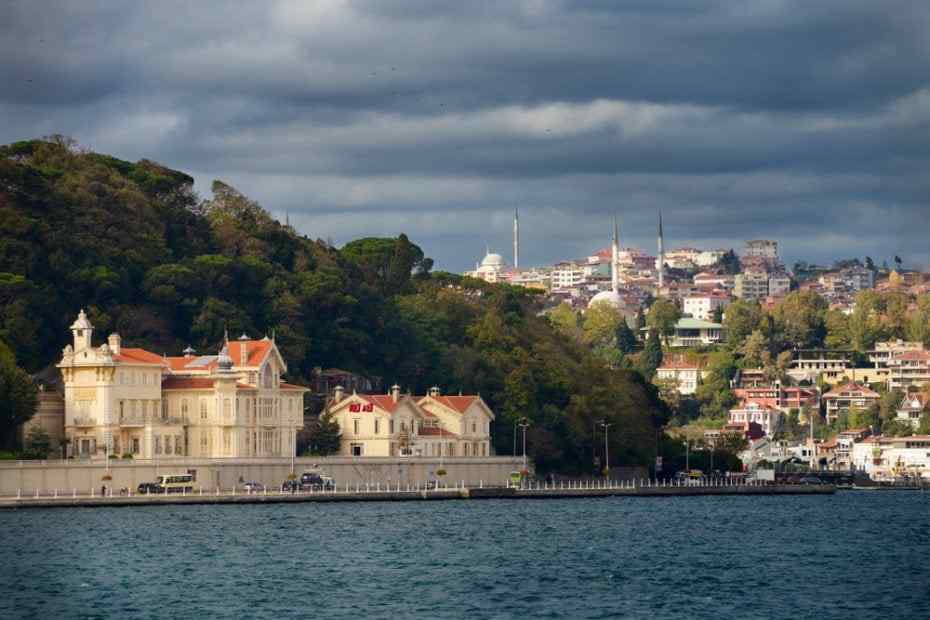 Sarıyer district, which has a long coastline and a dense forest area, is considered as one of the most livable districts of Istanbul with its air, sea, forest, villages, Bosphorus view mansions and historical texture. Here is what you need to know about the pearl of the Bosphorus, Sarıyer district…

Historical Background and Importance of Sarıyer

It is known that the oldest name of Sarıyer in history is Simas which means sacred mother, happy beautiful water and river. With the conquest of Istanbul, this region, which gradually increased its settlement over time, is described in the Evliya Çelebi travel book as a connected, garden-based district where there are developed villages for Sarıyer. In the Ottoman period, it is used as a place where sultans came to rest, short-term residence, hunting pavilions and summer resort. At the same time, there are many pavilions built in the neighborhood for state leaders. Today there are actively used consular buildings of Germany, Austria, Luxembourg, China, Russia, the United States and Poland. In the district of Sarıyer, due to the increase in trade relations with Germany during the reign of II.  Abdulhamid, Hüber Pavilion was built for the arms firm Mauser (mavzer), and is currently being used as a presidential summer residence.

It is known that Zekeriyaköy, a district of Sarıye, has been a residential area since the 18th century. As a result of the wave of immigration from places lost during the 93 War with Russia, many families of Caucasian and Crimean origin were settled in the region. In the region, which was a livestock and woodcutting village until the 1990s, with the satellite city projects, it started to attract high income people who wanted to live in a quiet place by avoiding the crowds and noise of the city. Today it is considered one of the most popular settlements of Istanbul and many local and foreign people buy houses from Zekeriyaköy. Moreover, due to the Yavuz sultan Selim bridge and Atatürk airport route, it is rapidly advancing both as a strategic region of Istanbul and a crossroads of transportation. At the same time, it is planned to establish an internationally invested technocity focused on artificial intelligence, digital technologies and Industry 5.0 to invest in future-oriented technologies.

Places to Visit in Sariyer

Located on the European side in the northern part of Istanbul, the district has been home to many expensive villas as the attraction area of Istanbul's rich businessmen, artists and musicians, especially after the construction of the coastal road, which is increasingly attracted by the lush forests and the lush forests behind it. It is possible to see people go for long walks along the coast road of Sarıyer. There are still fishing boats in the small Harbor in the center of Sarıyer district, where the fish caught are consumed in the local fish market and fish restaurants.  There are also several cafes and bars along the beach where most Istanbul residents come to eat and drink at weekends. In restaurants it is often possible to come across famous musicians who perform live shows for customers. 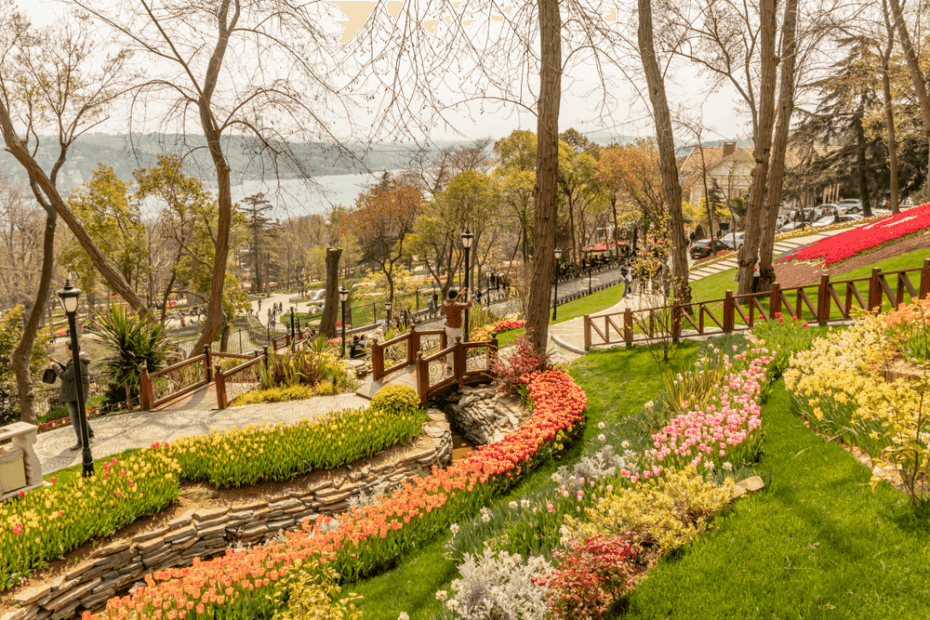 The grove, which is one of the most beautiful places on the Bosphorus, is fascinated with its mansions, trees and pool. Especially with the opening of the tulip season in the spring, the tulip festival has a colorful look. In the yellow mansion, pink mansion and white mansion in Emirgan, restaurant-café service is provided for visitors. Rich calligraphy and painting collections are hosted in the "Horse Mansion"  which belongs to one of Turkey's richest families, Sabancı family,  in Sakip Sabanci Museum. 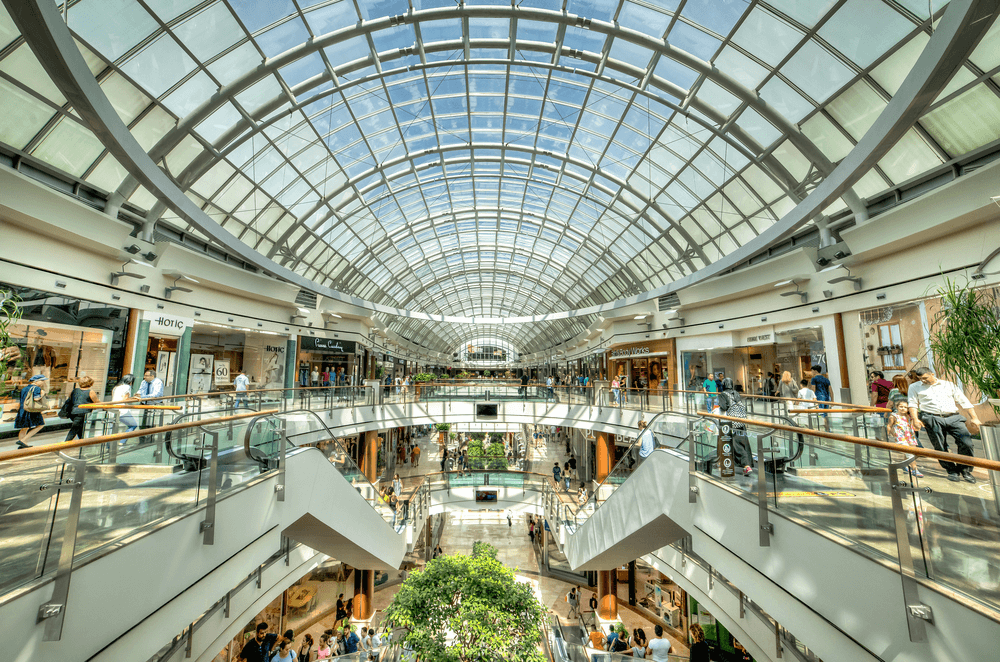 Istinye Park, located in Sarıyer district, hosts many local and foreign brands' shops, especially clothing stores. It also stands out as the center of life of the district with its multi-choice restaurants from international cuisine and various cultural and artistic activities. Istinye Park is also frequented by many local and foreign celebrities. Recently, Chinese technology giant Huawei has opened an experience store where new products can be tested by people and information from experts is available. 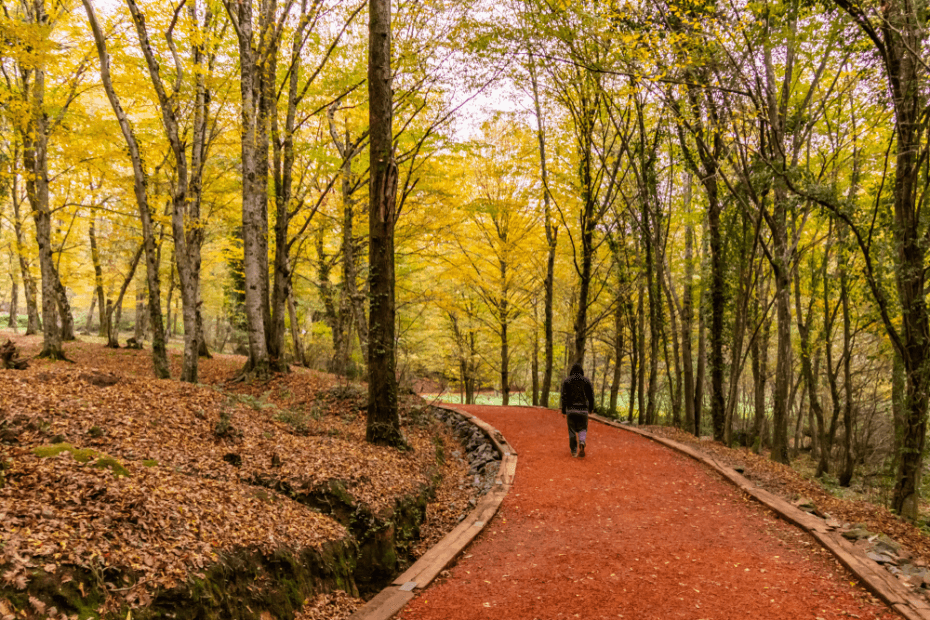 Belgrad Forest, divided between Sarıyer and Eyüp districts, is also known as the lungs of Istanbul. It offers an ideal environment for morning jogging, baby walkers, picnics and barbecues in the forest with nine natural parks. 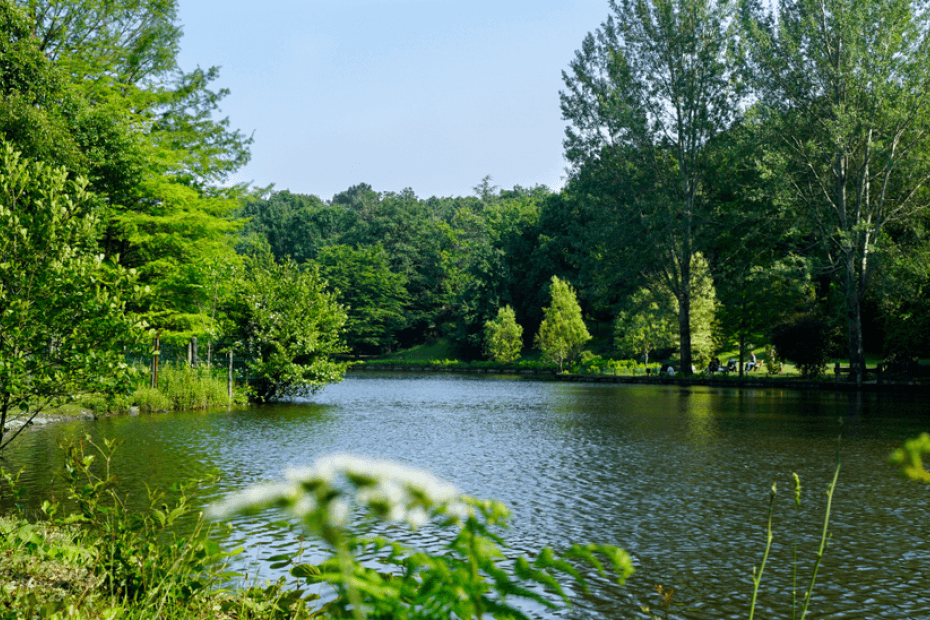 In the arboretum in the district of Bahçeköy in the district of Sarıyer, unlike the Belgrade Forest, barbecues, bicycles and picnics are not allowed. This park, also called the live tree museum, is actually a museum. For this reason, in the arboretum, which is only 296 hectares in the southeast of the Belgrade Forest, only hiking is possible. In the arboretum, which means “tree park’’, scientific researches are carried out in the botanical gardens. 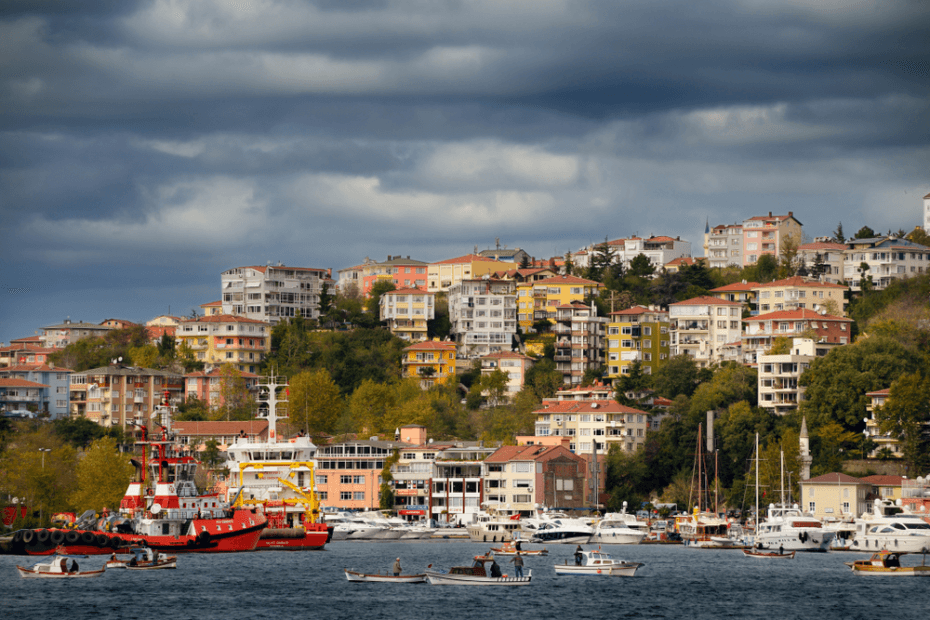 Between Emirgan and Yeniköy, there is Istinye Bay, one of the largest bays of the Bosphorus.  Previously, fishing was very common in the place where it was used as a marina, and fish consumed in Istanbul fish restaurants such as gray mullet, horse mackerel and sea bass were hunted. Since 1995, the Istanbul Stock Exchange is headquartered in İstinye.  The American consulate, which was built in 2003, is located on a dominant hill. 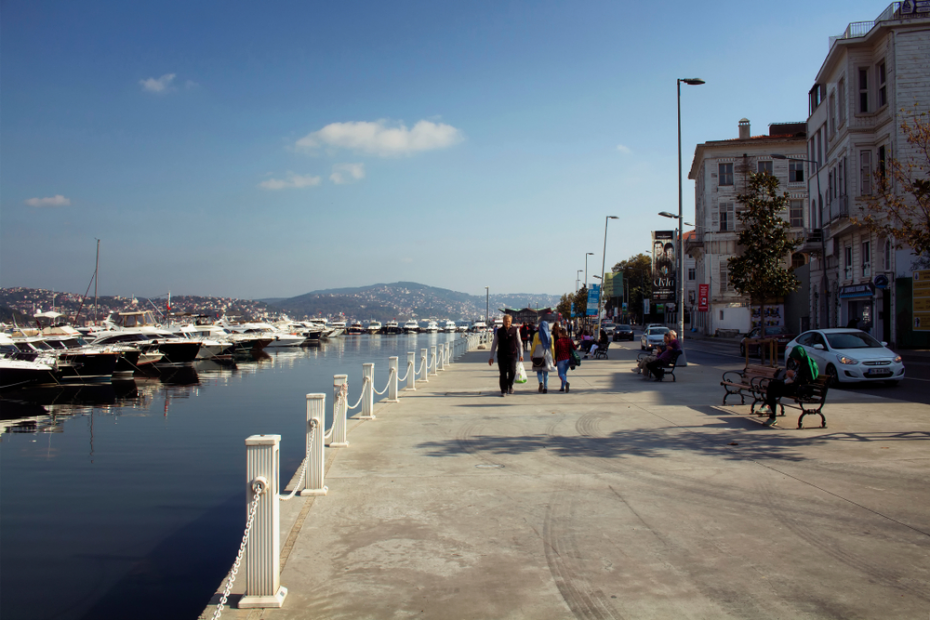 Tarabya, located between Yeniköy and Kireçburnu neighborhoods, comes from the Greek therapia (therapy). Famous for its casinos, Tarabya is famous for its rich neighborhood, seafood restaurants, bistros and nightclubs. The Huber Mansion, which was allocated to the Presidency, is located here, while the German consulate and the Grand Tarabya hotel are located on the beach. 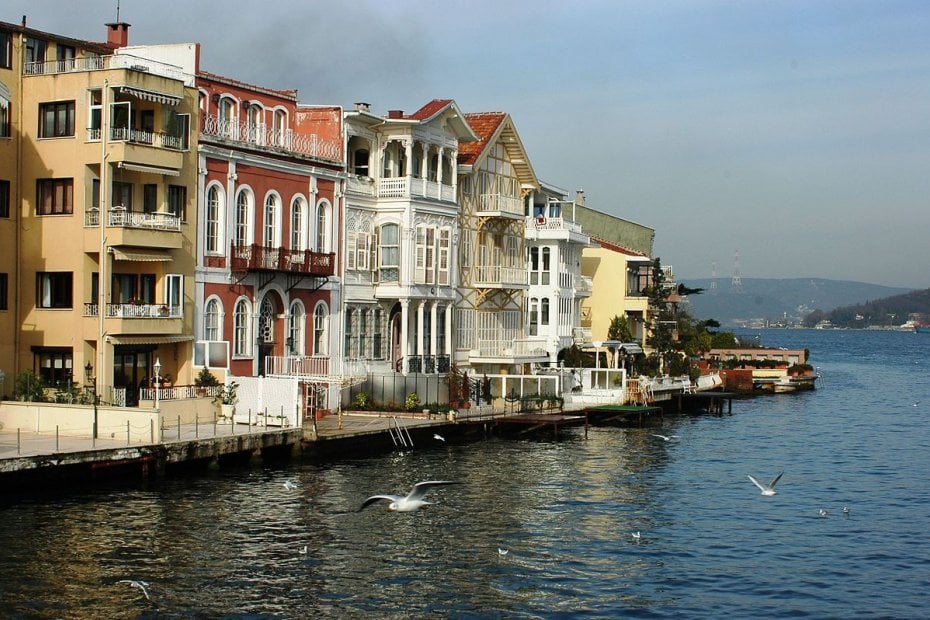 Located in the district of Sarıyer between İstinye and Tarabya, the settlement started in the 16th century and became a prestigious residence for the rich in the 19th century.  Especially in the 19th century, the region was filled with famous bankers, Levantine families from Izmir and mansions of rich non-Muslims. Vehbi Koç, one of the famous Turkish riches, lived here in a detached estate called Tugay Apartment. In Yeniköy, it was a cosmopolitan neighborhood with a large number of Armenian and Jewish communities, as well as a significant number of Greek populations. Surp Asdvadzadzin Armenian church and Yeniköy Synagogue are located here. 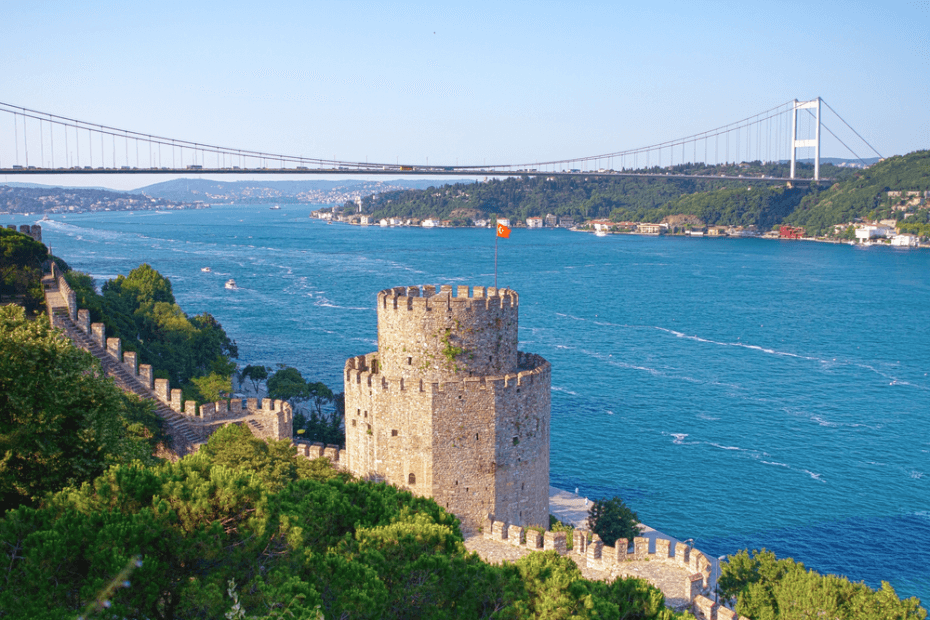 Located in the district of Hisarüstü Boğaziçi district of Sarıyer, the building was built by Sultan Mehmet II to control the Bosphorus before the conquest of Istanbul. Rumelihisarı, which has been used as a customs control point and prison over the years, is fascinating its visitors with its views by hosting public events and especially concerts for a period of time.