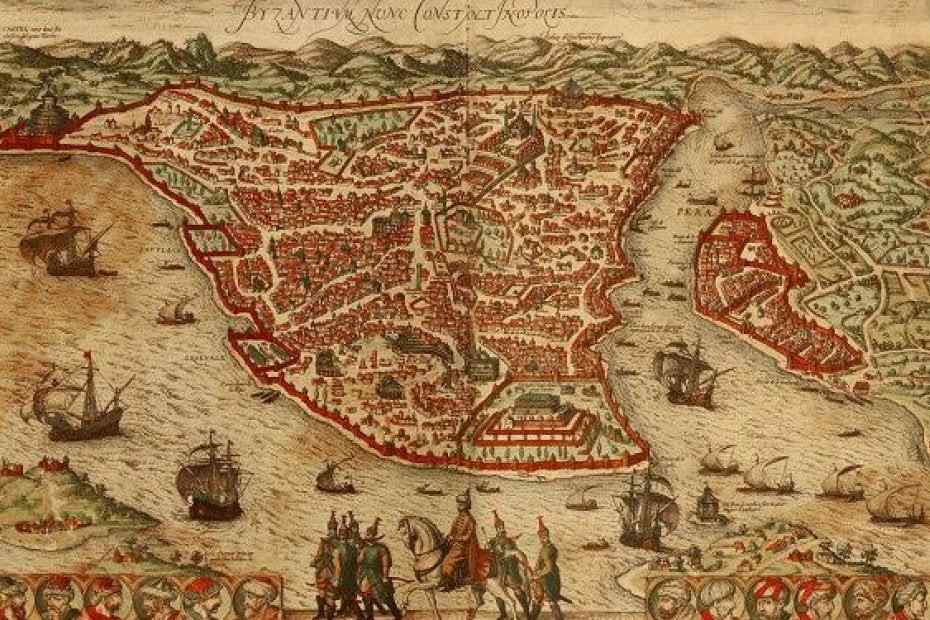 Most Istanbul residents have heard of the definition of a “seven-hooded city’’ but few can tell where they really are. Many will say that the seven hills of the city are Gayrettepe, Esentepe, Kuştepe, Seyrantepe, Gültepe, Fikirtepe and Çamlıca. In fact, the Byzantines were the first to define the hills on the historical peninsula, inspired by the seven hills of Rome.  The Byzantines crowned these hills with churches, palaces and forums. After the Ottomans conquered the city in 1453, they started to build mosques. It is known that many cities in the world are built on seven hills. Mecca, Tehran, Barcelona, Edinburgh, Seattle, Moscow are some of them. However, Rome and Istanbul are the most well-known of these cities because the first is the first capital of the Roman Empire and the second is the last capital. Here's what you need to know about the seven hills of Istanbul…

Located at the tip of the historical peninsula, Sarayburnu reaches a height of 30-40 meters. Fatih sultan Mehmet, who conquered Istanbul, built his palace here. After that, for 400 years, Topkapi Palace became the center of an empire spread over three continents. One cannot understand Istanbul and the Ottoman Empire if they have not seen the Topkapi Palace. 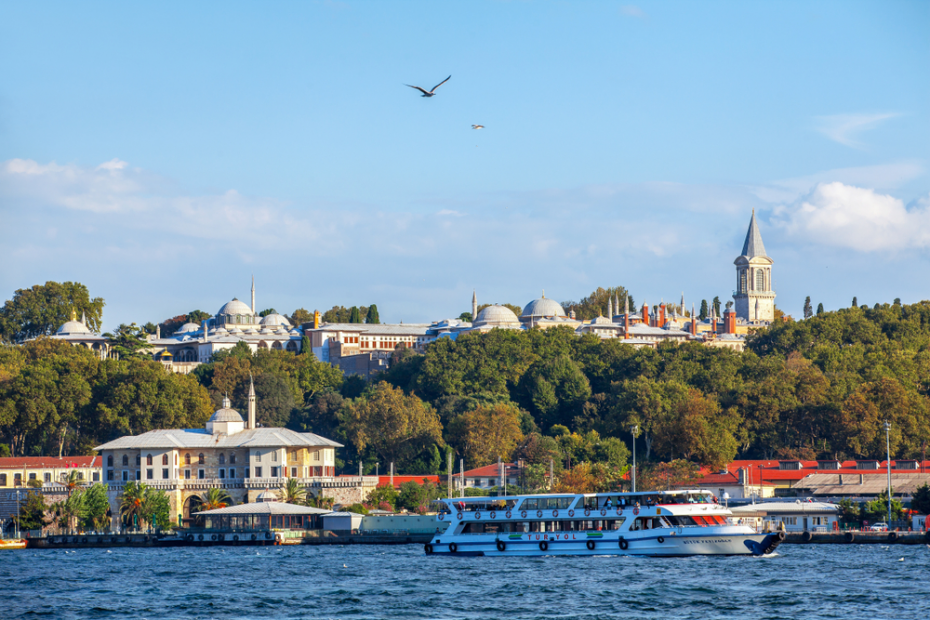 The palace is located in a dominant position overlooking the Marmara Sea, Asia- Üsküdar and the Golden Horn. In the palace, which was the administrative center of the empire, divan meetings were held in which important decisions were made and ambassadors were accepted. The Harem of the Sultans was also present here. The most famous inhabitant of the Harem was Hürrem, born as Roxelana in Ukraine and brought as a slave by Tatar raiders. The period of Sultan Suleiman, the period when the empire was the strongest, was also the story of Hurrem sultans’ taking her son to the lead and eliminating her rivals.

There is a large circular column called Çemberlitaş or Constantine Column extending from Beyazıt to Sultanahmet. It is known that the Constantinople Forum, which was the political and commercial center of the city, was built at the site of Çemberlitaş during the Roman and Byzantine periods. 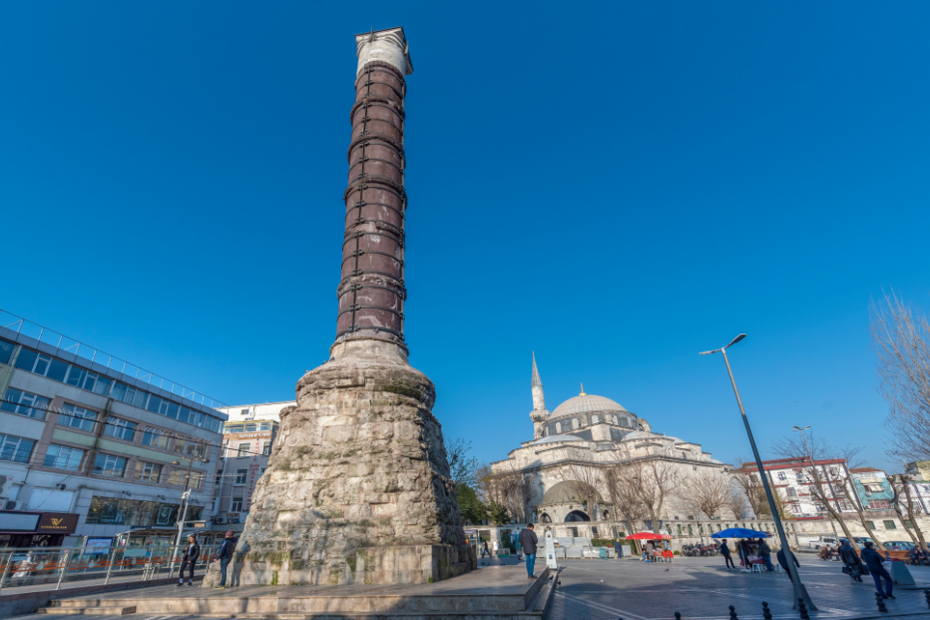 At the beginning of the column, the statue of Apollo was first made, and later the statue of Emperor Constantine was placed. It is known that there was a cross on the circle during the conquest of Istanbul and it was removed by the Ottomans. Another building in the region is the Nuruosmaniye Mosque, the first mosque displaying baroque and neoclassical elements. The entrance to the Grand Bazaar welcomes thousands of tourists every day.

Suleymaniye Mosque is located on the third hill of Istanbul. The mosque is known as the world famous architect Mimar Sinan’s journeyman's work. It bears the name of Suleiman, the Sultan of the period when the Empire was most powerful. It is known that the mosque, which is the subject of the famous poet Yahya Kemal's poem “Feast Morning in Süleymaniye ”, is portrayed as the glorious memory of the Empire spreading to three continents with many victories. 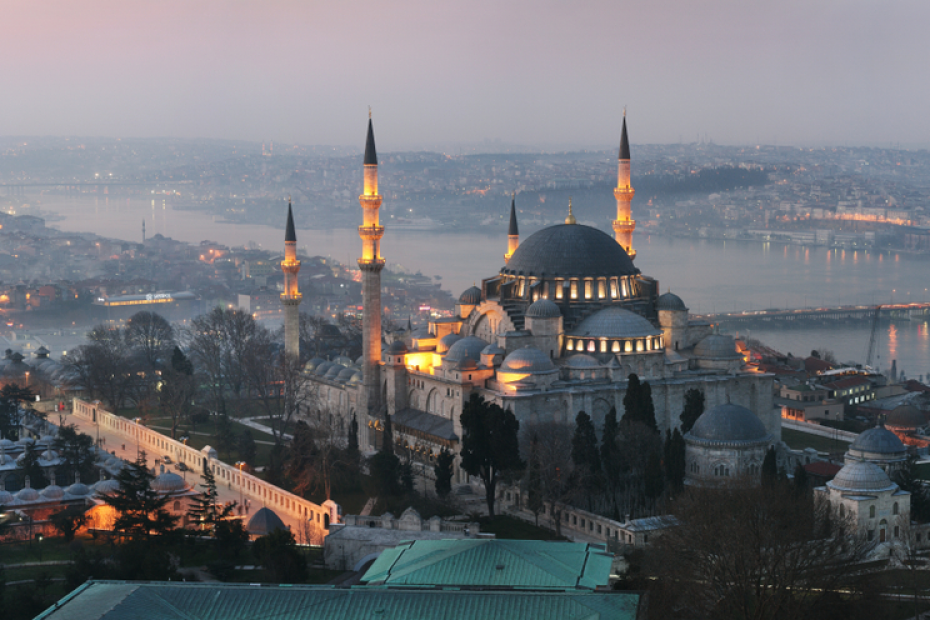 Suleymaniye Mosque is called as a mosque that will not be destroyed forever. The building is not only a mosque, but also contains many structures such as madrasah, inn, Turkish bath and a cafeteria as a complex.

It is known that in Byzantine period, after the Hagia Sophia, the Church of the Holy Apostles was the second most important church of the city. There is also a cemetery where the emperors from the Byzantine period were buried. When the city was conquered, Fatih Mosque and Complex was built in place of the ruined church. 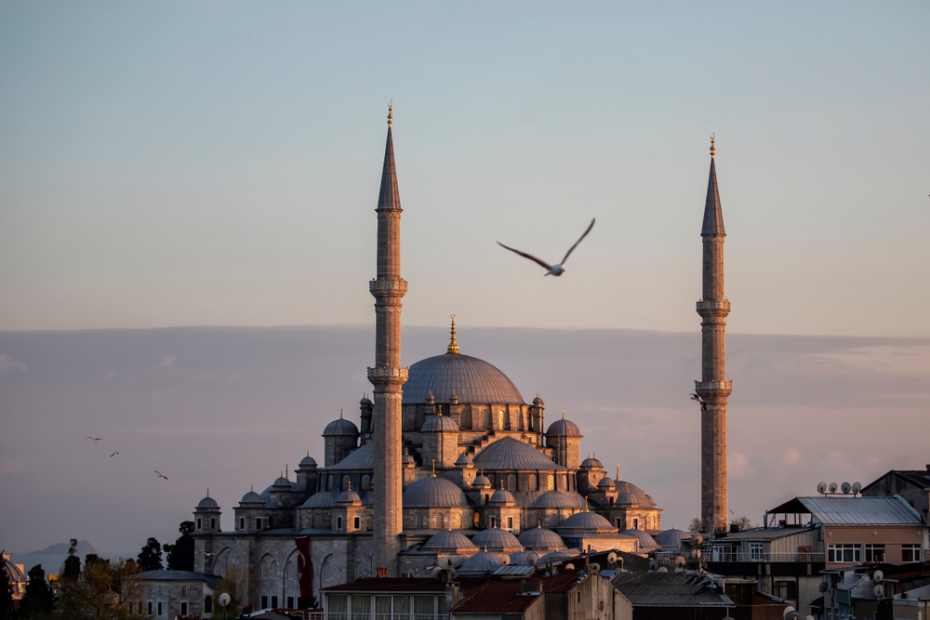 Throughout history, the mosque has been damaged by various earthquakes and is being rebuilt. The madrasas, called Sahn-ı Seman, are the scientific centers of the Ottoman Empire.

This hill, which stands prominently in the Balat neighborhood, is located on the steep slopes of the Golden Horn. The nearby Ecumenical Patriarchate building is located in a historically non-Muslim area with many churches and synagogues surrounding the neighborhood. Just like Fatih and Süleymaniye Mosque, it is organized as a complex and includes various educational institutions. The octagonal tomb of Sultan Selim is also located here. At the bedside of the Sultan's coffin, there is a white robe. 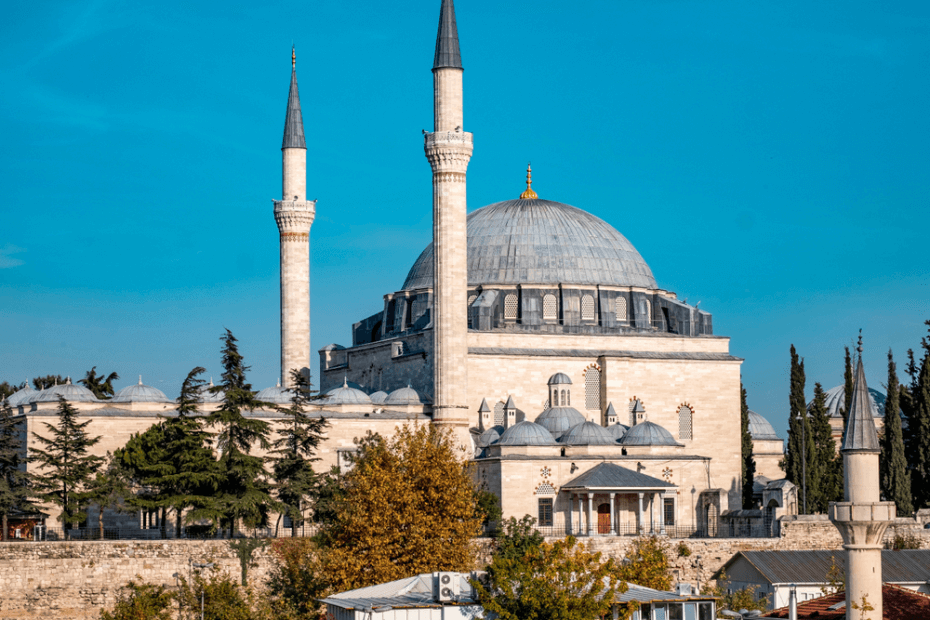 During the Egypt campaign, mud splashes from the foot of his teacher’s stumbling horse on the Sultan who chatted with his teacher Kemal Paşazade. In order not to offend his teacher, Sultan says “the mud that leaped from the feet of the scholars' horse is precious to us. When I die, you cover this robe over my coffin. “Today, this robe can be seen by the visitors in the tomb of Sultan Selim.

This hill, the highest point of the peninsula, is located in the Edirnekapı part of the Karagümrük district next to Theodosian Walls, which includes the old city. Mihrimah Sultan Mosque, built by Mimar Sinan for the daughter of Suleiman the Magnificent, is located here. 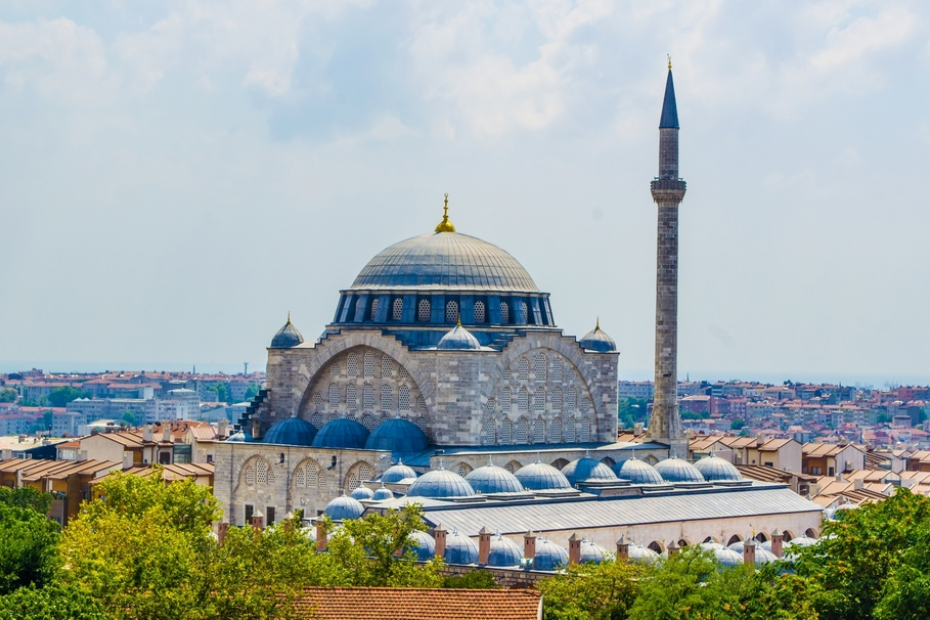 Kocamustafapasa Hill differs from the other six hills in that it is close to the Sea of Marmara. Starting from the Aksaray region, extending to Theodosian Walls and Marmara Sea, Kocamustafapaşa Hill is located between Cerrahpaşa and Samatya neighborhoods, which is almost 60 meters above sea level. 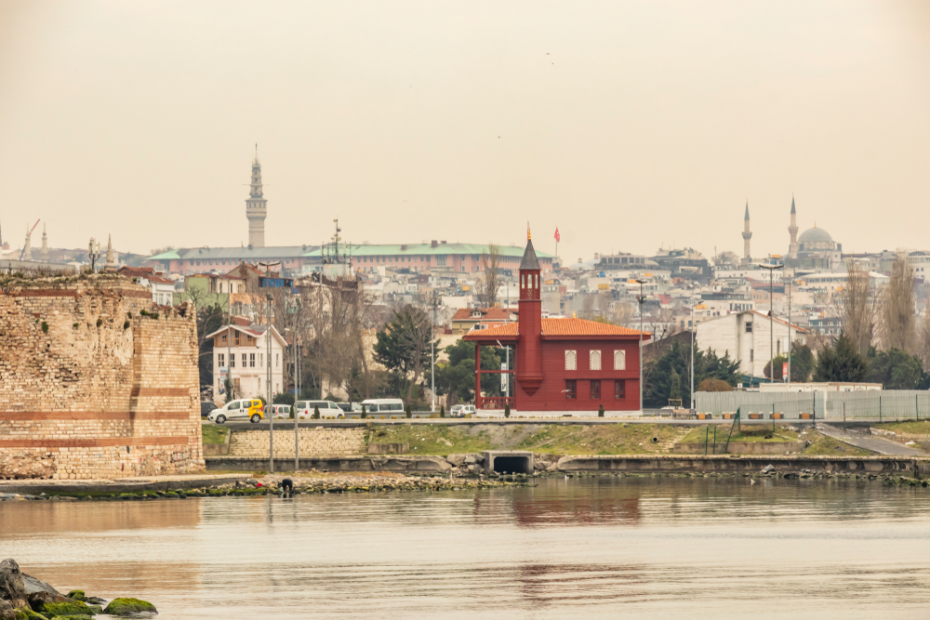 This region was famous for its slave markets until the 19th century, however, the most important building on the hill is known as Haseki Mosque, built by Hürrem Sultan, the wife of Suleiman the Magnificent.

Amazing Commercial Buildings with Great Views in Turkey
What Type of Property is the Best Investment?
10 Reasons to Live in Madrid