The Heart of Madrid: Plaza Mayor 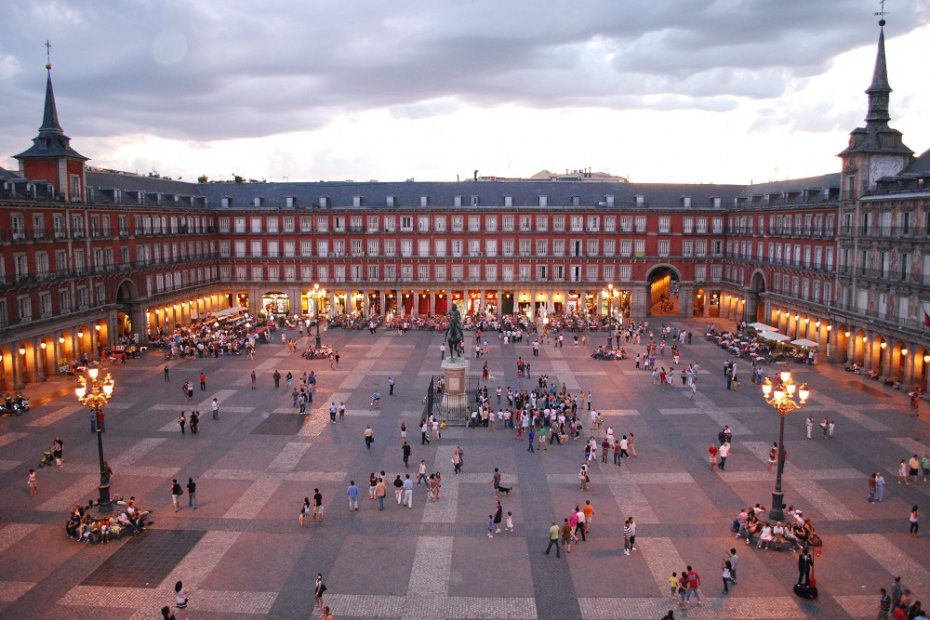 Plaza Mayor in Madrid is a remarkably open-plan plaza in the center of the Spanish city, surrounded by small lanes. These days, the bars and cafés beneath its arcades, as well as their lovely terraces, are bustling with activity. Tourists and Madrilenians alike congregate here for a coffee or, as custom has it, a calamari roll followed by an excellent beer. The streetlights cast an orange glow on the cobblestones when the sun goes down and the visitors have gone home. You can still picture what the seventeenth-century city would've been like if you had set your mind to it.

Plaza Mayor's history begins in 1617, when Philip III assigned the project to Juan Gómez de Mora, intending to serve as the backdrop for the city's most significant events. The Cuenca architect's design involved the stylistic unification of a series of buildings and the demolition of others. This sacrifice was necessary to create the ample rectangular space that now sits in the heart of the capital.

What to See in Plaza Mayor

The Casa de la Panadera, which dominates the north façade, was built under Diego Sillero's instructions in 1590. It predates the conception of the plaza, but it was completed and modified by Gómez de Mora to blend in with the rest of the structures. Its name derives from the fact that it was previously the headquarters of the city's leading bakery, an organization in charge of controlling the price of bread to guarantee that it was affordable to the city's less affluent people.

Plaza Mayor is accessible by ten tall archways, some of which are named for the monetary activities that used to take place. The Arco de Cuchilleros (Cutlers' Arch), the Arco de Botoneras (Buttons' Arch), and the Arco de la Salt.

The statue of Philip III

This is an attractive horse statue sculpted by the Italian Juan de Bolonia—Giambologna—and completed in 1616 by his protégé, Pietro Tacca. It was made with the copper casting process and was initially positioned at the Casa de Campo park entrance until Isabel II chose to share it with the public in 1848. Except for the two Spanish republics, the sculpture has stood in the center of Madrid since then.