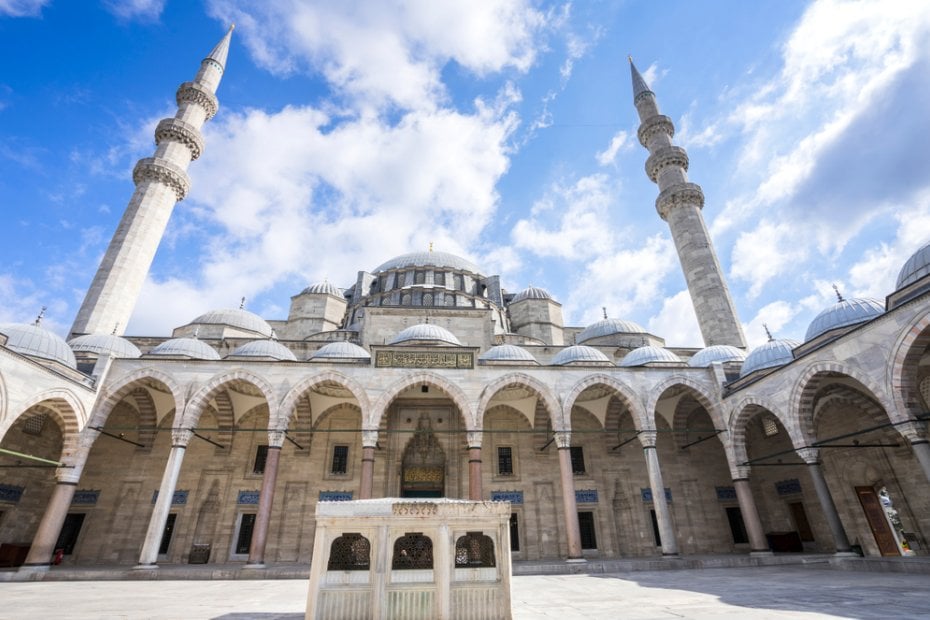 Turkey has lived different religions, languages ​​and civilizations culture, history, and is known as a precious treasure with lots of places considered sacred for centuries. Almost every day, visitors are attracted by the sacred places, attracts the attention of local and foreign tourists. Here are Turkey's most beautiful sacred spaces... 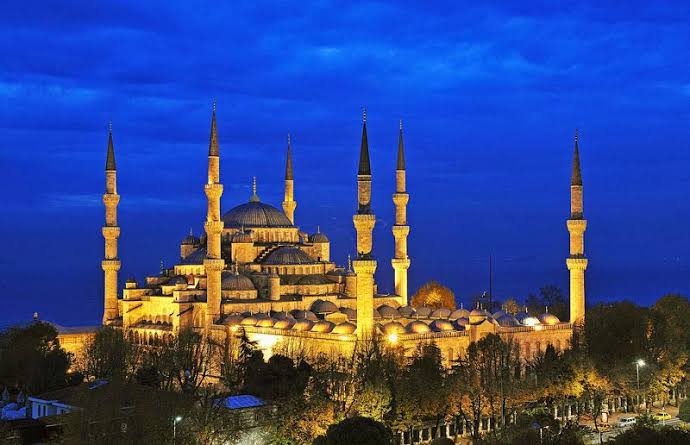 Selimiye Mosque is built by Mimar Sinan who is one of the most important architects of the history and lived in the Ottoman period, is located in Edirne district of Istanbul. The mosque, regarded as a masterpiece by the architect, is still seen as a masterpiece standing upright. It is known that the construction of Selimiye Mosque took 7 years. The mosque, which was opened for worship in 1575, continues to be used as a place of worship, despite being flocked by tourists today. It is known that Selimiye Mosque was included in the UNESCO World Cultural Heritage List in 2011. Selimiye Mosque is located Turkey's most beautiful sacred spaces and it is among first. A giant dome and three balconies, each inside the mosque, leaving the self-impressed people with its minarets are overflowing with tiles and processing with a separate work of art. There are some beliefs about one of the embroidered tulips. According to one of the legends; mosque is intended to be built on an area full of tulips. The owner of the tulip gardens in the field does not allow this for a long time. The land owner, who finally agreed to the construction of the building, wants a tulip motif inside the mosque. The architect Sinan, on the other hand, uses this motif in an inverse manner, as if he wanted to emphasize the contradiction of the owner of the tulip gardens. 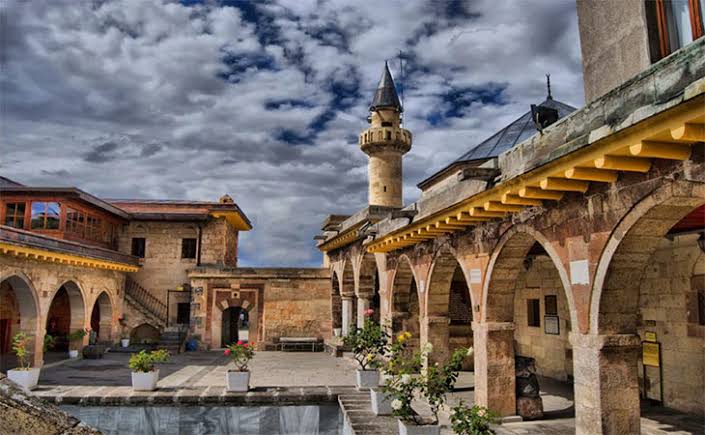 The unique natural formations and fairy chimneys on the world tourism which is one of Turkey's most important cultural centers in Cappadocia, is hosting the Haci Bektas Complex. Cave churches near Nevşehir are also considered as the greatest examples of faith tourism. In the Open Air Museum in the region, monasteries and sixteen churches, built by building with rocks, attract hundreds of thousands of faith-oriented local and foreign tourists, mainly Christians. The region, which was attracted by the French for a while, has been visited by Japanese and Korean people in recent years. Thousands of large and small churches carved into fairy chimneys also support tourism here. Another element constituting the sacred structure of the region is the Hacı Bektas Complex where thousands of people flock and commemoration ceremonies are held. This complex and tomb, is one of the most visited places by Muslims. 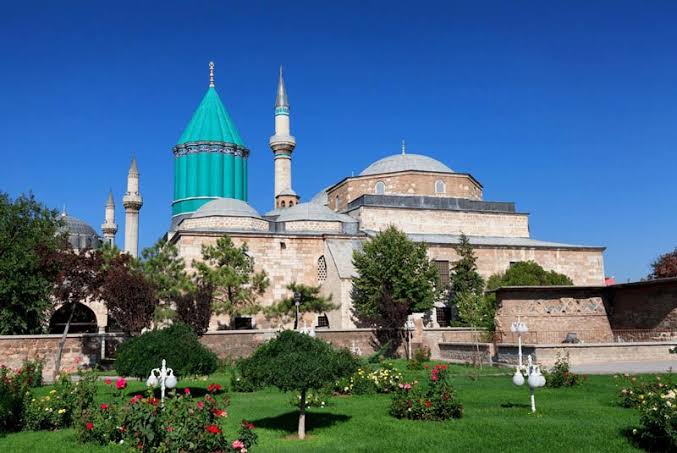 Mevlana Museum, Turkey is considered as one of the most beautiful sacred places and is located in Konya. In addition to serving as a museum since 1926, visitors pray here for Mevlana. Şeb-i Arus, which means wedding night, is held on 17 December each year. On the night, which is considered the anniversary of Mevlana's death, the museum is flooded with visitors. In the past, Mevlana's dervishes have graves of Mevlana and his family members. The famous tomb of Mevlana is also included in the tomb, either as you are, or as you appear. 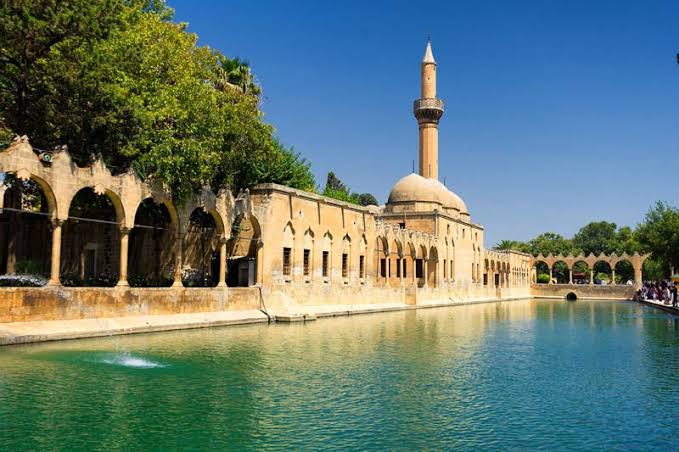 Anatolia Sanliurfa Fish in the lake, is among the most beautiful holy places in Turkey. Sanlıurfa is known as almost as old as human history. It is believed that Nemrut, the ruler of the period, threw Hazrat Ibrahim into the fire and the fire turned into water and the wood turned into fish. In line with this belief, lakes and fishes are considered sacred. Turkey's most beautiful sacred places and stories between the Indians and Sanliurfa, both Turkish, and also attracts the attention of many people from different countries of the world, he amazes the visitor himself. 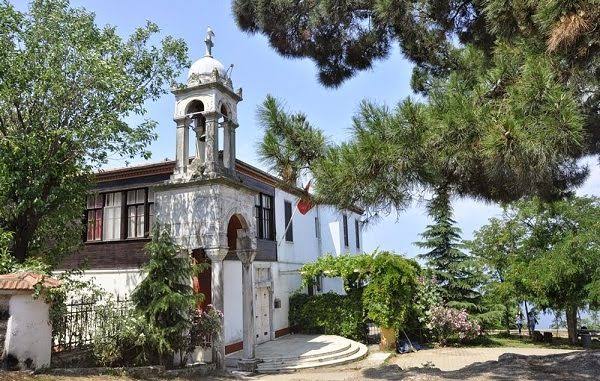 Aya Yorgi Monastery, the largest of the Princes' Islands, is located on the top of the island and is a small church that welcomes many visitors every year. This church is considered sacred, especially by the Orthodox. On the 23rd of April and 24th of September, visitors flocked. Although it is located on the highest peak of the island, it makes it difficult to walk here, but the power spent on it is seen as part of the pilgrimage. The most sacred part of the monastery is St. George's icon. Buyukada can be reached by ferries from Istanbul's piers. 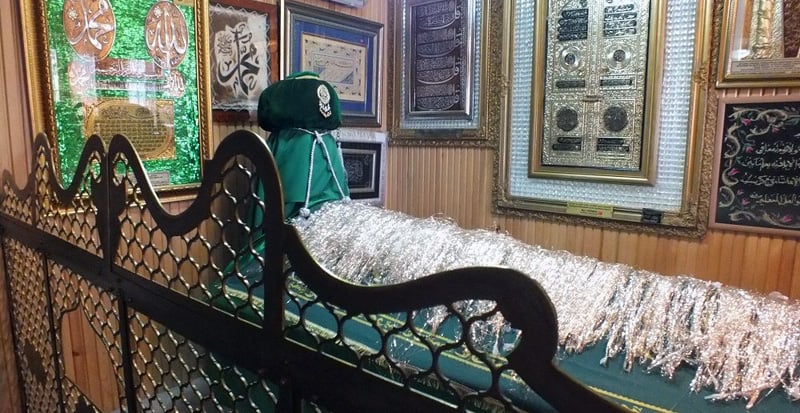 Located in the Sarıyer district of Istanbul, Telli Baba Mausoleum is one of the most sacred places in the country. Especially young girls who want to get married are devoted to the sacrifice and pray here. With a small wire taken from the tomb, the prayer begs and the wire is kept until the wish is realized. When the wish is realized, the wire is returned to the tomb. The shrine is considered one of Turkey's most beautiful sacred places, this tradition is still believed for years more continuing.

Prophet Muhammad's hijra Watch the period in which it made Eyüp Sultan Mosque, which houses the guests on behalf of Eyup Sultan, regarded as one of Turkey's most beautiful sacred places. There is the tomb of Eyüp Sultan in the mosque. Eyüp Sultan Mosque, which has been used for many years in the siege ceremonies of sultans, is one of the most important places of worship from past to present. The mosque is flooded by Muslims after the iftar, especially during Ramadan.