The Most Populated City in Cyprus 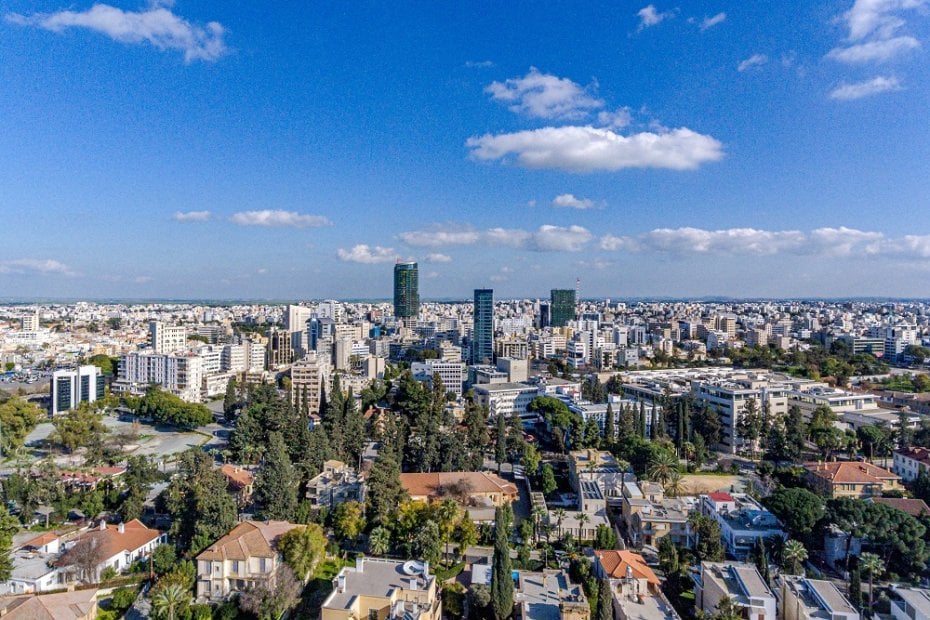 Nicosia is the most populated city in Cyprus, with a population of around 320,000 according to the census in 2019, making up one-third of the total population in Cyprus. The city covers a total area of 111 square kilometers. Nicosia is the only divided capital in the world. The city is split at the "Green Line" between Turkish-controlled Northern Cyprus and Greek-controlled Southern Cyprus. Nicosia has access to two international airports in Larnaca and Paphos, as well as Ercan Airport in Turkish-controlled Northern Cyprus.

Having a rich history, traces of the ancient civilizations can still be tracked in Nicosia. The old city is surrounded by the Venetian walls, of which three-kilometer length is still in place.

Famous Venetian walls of the city were constructed between 1567 and 1570 and had three entrances to the city, named Kyrenia, Paphos, and Famagusta. Famagusta gate won the Europa Nostra award for its successful restoration and is now used as a cultural center. Parts of the wall contain administrative offices such as the Town Hall, the Public Library, and the Central Post Office.

On the northern part, you can see Büyük Han (Great Inn) a caravanserai constructed in 1572 and preserved excellently. Former accommodation and storage place for traveling merchants is now home to various art centers, shops, cafes, and workshops.

The Byzantine Museum is another important stop for those who are interested in history as you can find an impressive collection (220 pieces) of Christian icons as well as vestments and books that range in age from the beginning of the Byzantine era up until the 19th century.

The Leventis Municipal Museum, which is located inside the old city walls, with an imaginative presentation of the capital's history, has exhibits dating from 2300 BC to the present day. The museum was voted European Museum of the Year in 1991.

5 minutes from the famous Ledra Street, the most recognizable landmark in North Nicosia, the Selimiye Mosque salutes its visitors. The mosque was originally constructed as the Church of Agia Sofia and was finished after a 78-year construction process in 1326 and was converted to a mosque in the 16th century when the Ottomans took control of the island.

Another mosque in Nicosia, Omeriye is regarded as the most important mosque in the non-Turkish part of Cyprus. The mosque was built in 1571 when the island came under Ottoman rule after the Ottoman-Venetian War. Built by the Lusignans as an Augustinian church, following the Ottoman-Venetian wars, it was converted into a mosque by Mustafa Pasha, who believed that the spot was where caliph Umar was buried in Nicosia. There is also a Turkish bath named Omeriye near the mosque.

Cyprus cuisine can be described as a melting pot of south European, Balkan, and Middle Eastern cuisines with strong Greek and Turkish influence. Nicosia has a wide range of choices when it comes to food as there are delicious and affordable delicacies that await visitors at every corner.

For those who love to attend sports events, Nicosia is home to three clubs named APOEL, Omonoia, and Olympiakos (Nicosia). All three compete in the top division of the Cyprus football and basketball leagues. GSP Stadium is the home of APOEL and Omonia as well as the Cyprus National Football Team.

Traffic in Nicosia (and the whole country) flows from the left, and the rental cars are right-hand drives.

Procedures of Starting a Real Estate Firm in Turkey