The Port of Haydarpaşa 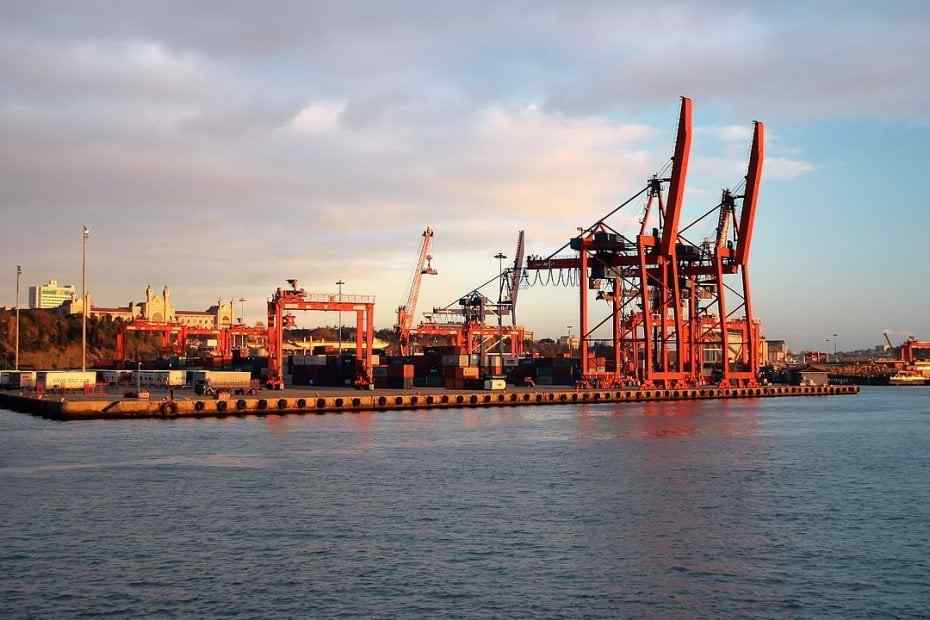 The Port of Haydarpaşa is a freight transfer port located within the boundaries of the Kadıköy district of Istanbul province. The port has a floating crane with a carrying capacity of 250,000 tons, 3 railway ferries, 3 tugboats of 2500 HP, and 2 mooring boats. The port has a railway connection with Haydarpaşa Station.

There is no requirement to take a tugboat for ships with a weight of less than 2000 gross tons arriving at the port. Tug service is available 24 hours a day. The area of ​​the container land terminal in the port is 55,000 square meters, and its annual holding capacity is 52,800 TEU. The capacity of the bulk cargo facility is 34,000 tons.

Haydarpaşa Port was started to be built by the Anatolian Baghdad Railways Company in 1899 and operated by this company until 1924. With law number 506 dated 24.05.1924, the government purchased the port, and it was administered under a special regime until 1927. It was transferred to the Railways Administration under the Ministry of Public Works in accordance with law number 1042 dated 31.05.1927. Since the port's existing facilities were not sufficient, the first part of the extension, which started in 1953, was gradually transferred to the State Railways of the Republic of Turkey (TCDD) in 1954. The port was fully put into service in 1967.

The modernization of the second part started in 1979, and the container mole, ferry pier, CFS 1 warehouse, and 600 meters breakwater were built.

During the excavations carried out in Haydarpaşa in 2018, a port city was unearthed in the area that contains different historical buildings belonging to the Ottoman, Byzantine, Hellenistic, and Classical Periods. In the area where the rails leading to Haydarpaşa platforms were dismantled, traces of Late Roman Early Byzantine bath ruins, roads, and water channels were found. This place could be a settlement and, according to estimates, a commercial center connected to the sea.

Besides, there is a breakwater built in 1889 during the construction of Haydarpaşa Port. There is a column dedicated to Abdulhamid II in the middle of the breakwater, built by the Italian architect Vallaury.

Startup Ecosystem in the UK
What Type of Real Estate Investment Has the Highest ROI (Return on Investment) ?
Lionel Messi and His Luxury House in Miami