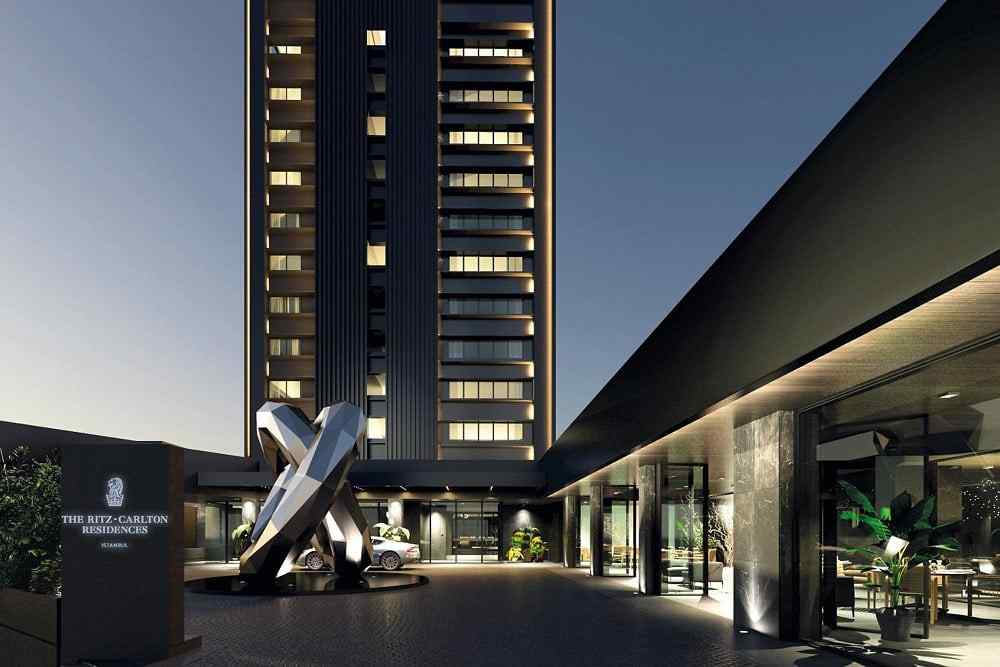 The Ritz Carlton Residences, Istanbul, situated in the center of Nişantaşı, is an architectural marvel. The project, which has a unique architecture that has made it more than just a residence, is very effective in extending its timeline. Istanbul Valikonağı Street ends at the Ritz-Carlton Residences. Each home and communal space was constructed in keeping up with Nişantaşı's opulent way of life. The Ritz Carlton strives to express the human experience of life elegantly. The project's serene yet harmonious demeanor brings color to Nişantaşı's vibrant life.

The project is placed in a single mass away from the movement of the street on Valikonağı Street. All dwellings and communal areas gain an equal amount of view and light in this way. Built by the project architects to reflect life via architecture, the project has also come to represent Nişantaşı.

History and Importance of the Region

Nişantaşı, a district whose worth has been recognized since the days of the Ottoman Empire, adds color to the distinctive beauty of Istanbul. From Sultan Selim III

to Abdülmecid, each sultan sought to enhance Nişantaşı's distinctive architecture with creativity and elegance. It is well known that Valikonağı Street served as a major thoroughfare both then and now. Homeowners and business owners have been attracted to this area over time due to the region's rising value.

Nişantaşı, one of Istanbul's most well-known business districts, has developed into a region with numerous well-known projects. The district, which kept rural and urban united until the 1950s, has changed a bit with the projects changing towards apartments. However, the valley of Fulya Creek at the end of Topağacı and today's Vali Konağı Street kept its rustic appearance until the 1970s. Nişantaşı was impacted by the district's exclusivity, which was felt by everyone from local business owners to the general populace.

The luxurious and comfortable nature of Nişantaşı influenced the construction of The Ritz Carlton Residences in this region. Promising people a new life, the project has brought a new interpretation to Nişantaşı's distinguished perception. The project, created in keeping with Nişantaşı's unique personality, illustrates how ancient and modern architecture can coexist harmoniously. The Ritz Carlton Residences, where each area is carefully designed, reflect the life of Nişantaşı and endow it with a new spirit.

The Symbol of Imagination in Architecture: Tanju Özelgin

The Ritz Carlton Residences is a restoration project that fuses current design with 1970s architecture, and it was made possible thanks to Bilgili Holding's expertise. The architect of the project handled by Bilgili Holding is Tanju Özelgin, the founder of TO Design Studio. He overhauled the project as a modern interpretation of the 1970s design aesthetic. Tanju Özelgin was born in 1962. He graduated from Marmara University, Faculty of Fine Arts, Department of Industrial Design in 1984. Since its establishment in 2007, it has been carrying out architecture, interior architecture, and industrial product designs under the name of Tanju Özelgin Studio.

He continues to produce spaces and objects with archetypal combinations of materials and forms, with a unique understanding that is aware of the basics of human nature, contemporary and abstract. Tanju Özelgin, considered one of the smart and productive classes of the architectural sector, has proven his success in the architecture of The Ritz Carlton Residences.

Additionally, Mahmut Anlar's Geo ID company fully executed the interior concept throughout the project's design phase. All project phases were marked by a self-sacrificing approach that was inspired by the interaction of the old and new structures. Mahmut Anlar studied architecture at Mimar Sinan University Fine Arts Academy and founded GeoMIM in 1991. In his professional working life of more than twenty years, he has his signature on the interior design of numerous projects. He has realized many bars, restaurants, nightclubs, cinemas, and fitness center projects and made dreams come true.

Anlar, who redefined his practice that goes beyond the boundaries of interior architecture with the Geo_ID design studio he founded with Tuğçe Rizeli in 2013, continues its work in different design areas. Mahmut Anlar, known as the architect of the entertainment industry, has also reflected his understanding of entertainment in The Ritz Carlton Residences.

A Look at The Ritz Carlton

There are 31 different types of flats in The Ritz-Carlton Residences Istanbul. The building consists of 22 floors; In addition to residences from 1-bedroom to 4- bedroom, there are a total of 121 different units consisting of garden duplex and penthouse concepts.

Tanju Özelgin describes the project as a life story. For him, The Ritz Carlton is a symbolic image of the difference and bond between generations. Tanju Özelgin's comment about the project is as follows:

"Transformation can be seen as the project's fundamental design tenet. The organic transition from the old to the new…”

According to the famous architect, the building was built as a depiction of both the traditional structure of the 1950s and the aspirations of today's generation. The sculptures created for the project continue this perception following this strategy. It tells the mutual complement of two different generations and the meeting of these differences in the common denominator of the same generation.

Become a Part of the Ritz Carlton with Trem Global

The fact that the building is a multi-layered depiction of culture also impresses its guests. Many investors have their hearts set on the story behind the architecture of the Ritz Carlton Nişantaşı. If you are impressed by the cross-generational history of Ritz Carlton Nişantaşı and would like to get more detailed information about the project, you can contact Trem Global. You can easily receive detailed information from our investment experts about the project, prices, and investment processes.

170,408 Residential Properties Sold in August
Things to Do in Chinatown, London
Tips for Foreigners Who Wish to Buy Apartments in Turkey