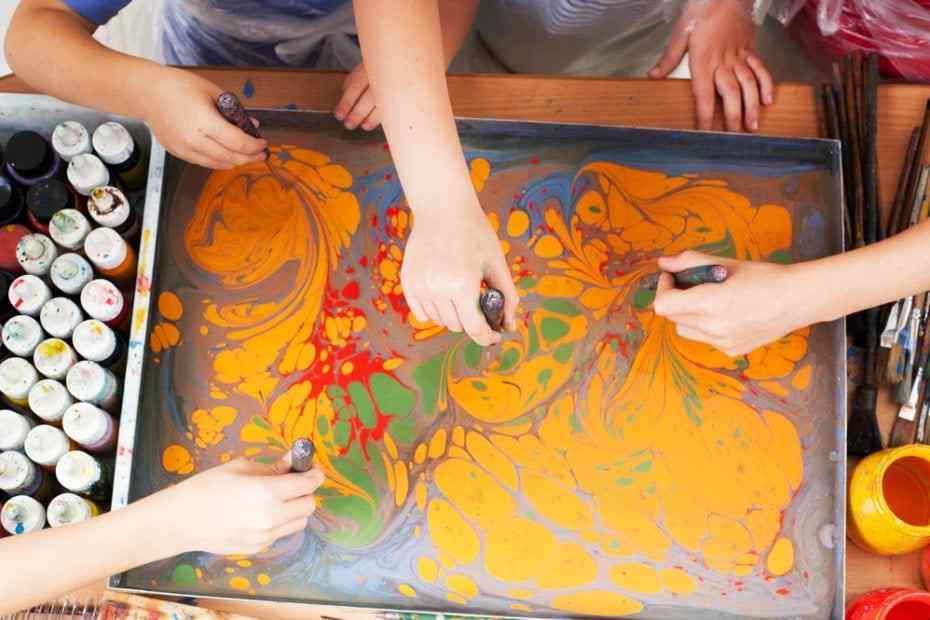 Each city has its own center of art. Paris comes to mind when we look at the picture, the capital of the sculpture is known as Rome, Vienna is the city of classical music. Marbling Art, which has an important place in Turkish handcrafts, coincides with the identity of Istanbul. 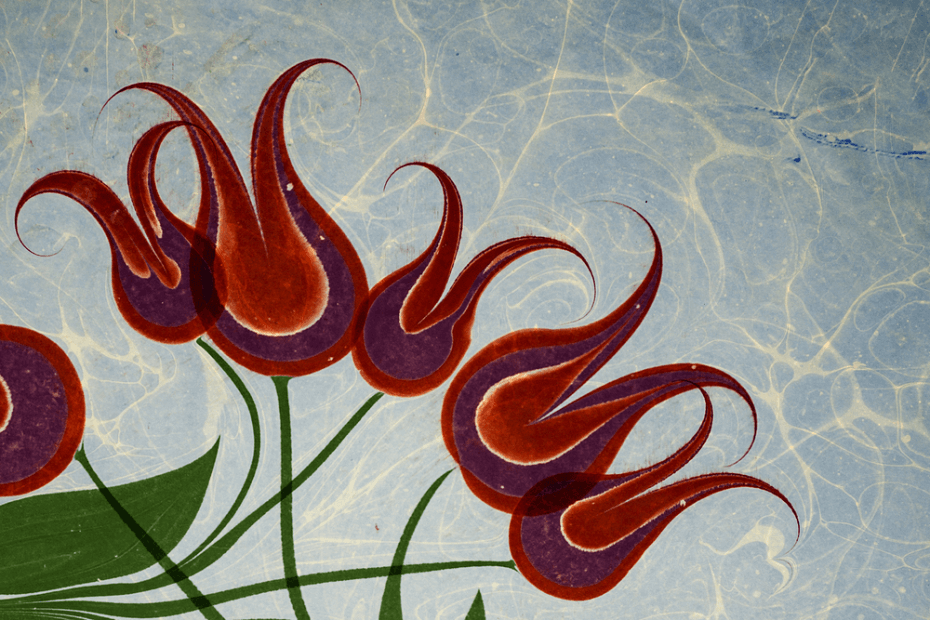 What is Marbling Art?

The origins of the art of marbling dates back centuries ago, to the lands of Central Asia, the homeland of the Turks. It is not known exactly when the traces of the secret dance of love and colors dripping on the water arose.  The common idea of marbling historians is that this art was born from Central Asia and developed to the present day.

Today there are not only those who live in Istanbul but also students from China, America and Canada that came to Istanbul to learn marbling. Students who learn Marbling Art, which has thousands of stories in Turkish crafts, and the ones who learn to transfer them to the next generations, learn the subtleties of this art in a warm and friendly atmosphere.

The Place of Marbling Art in Turkish culture

Marbling art, whose origins date back to the 11th century, are known to have examples  especially in Bukhara, Samarkand and Turkestan regions. Named after the word  “ebre” in Chagatai, the art is transported to Iran via the Silk Road. Here it is called “abru” . The Word “abrû” is a combination of two Persian words; “ab” and “rû” , meaning “water surface” in Turkish.

Marbling Art, who moved to Anatolia with the Turks via Iran, undergoes regional changes and reaches to Europe.  In the book “Travel Book“, written by an English traveler, the author describes the art of Marbling: “In addition to many interesting things, Turks have an interesting art that we do not know. They mix paint, water and animal oil, float it by forming shapes on the water, and magically transfer it to the paper with a single touch. That's incredible…" These expressions in the book reveal that Ebru art is perceived as something magical in the eyes of Europeans.

The art of marbling, which has been developed throughout the history and passed on from generation to generation, makes the name of a special paper, which is one of the materials of the art, known as Turkish paper. The Turkish paper of the art of Marbling, whose importance diminished in times of political crises of the Ottoman period, became known as Turkish marble paper, then marble paper and even Italian paper.

From Turkey to Italy

Many Italian marbling artists emerge with this art that passes through the Turks to Italian lands. So much that “Italian paper’’ is written on the glass of Marbling shops in the streets of London. Marbling Art, known as Italian paper in time, is known as Marbling and Turkish paper in its original name. Even many traditional terms used in the art of marbling are used in their original form.

The Secret of Marbling Art

In Marbling, the animal's gall bladder is used. There must be a story of the combination of a delicate art like marbling and gallbladder but there is nothing in the records about this.  The most well-known is that Turks living as a nomadic community in Central Asia use the animal's gallbladder to ferment cheese, so that the soil, water and the fluid secreted from the gallbladder come together as elements of this delicate art.  The inspiration process of each invention and its inspiring sources can be different for every society.

Young people, children and marbling masters who transform this profession into a professional way bring together the colors, meanings and shapes in their world with paper with the help of water. The most interesting thing in these combinations is that the paper is never signed. Marbling masters see this as putting a full stop to a work, and that the road will never end in this art, and that signing will actually obstruct the art of the artist by enlarging the self of the artist and prevent the spiritual correspondence.

There is growing interest in Turkey in recent years against the marbling but each century can only have a few artists. The most important of these; Hatip Mehmet Efendi in the 18th century, Aziz Efendi in the 19th century, Sadık Efendi in the 20th century, İbrahim Ethem, Niyazi Sayım, Necmettin Okyay are known. Increasing interest in art in the last quarter of the 20th century leads to the emergence of an innovative structure against the traditional structure. While those who come from the traditional structure are the ones who sell their works at no expense and expect no commercial gain from it, the innovative sector knows that it is a commercial product and learns, teaches, gives works and opens exhibitions.

In Turkey, many people embrace this art that filtered off from the civilization of their lands. The new marbling artists, who learn the tradition also develop, and reinterpret them by introducing innovations. Thus, this journey continues with the introduction of different meanings to art. It accompanies the mixture of gallbladder fluid and earth paint, the branch of the rose and the horse hair in the brush, and new marbling artists who learn traditional motifs try new things as they can.  Because art is like a kind of science, when the door of innovation is closed, it does not improve and everything continues to repeat itself and resemble each other.

Here are some examples of beautiful Marble Art:

How to Value Investment Property Calculation?
How Can I Get Permanent Residence in Turkey?
Russians prefer living in the resort city of Antalya