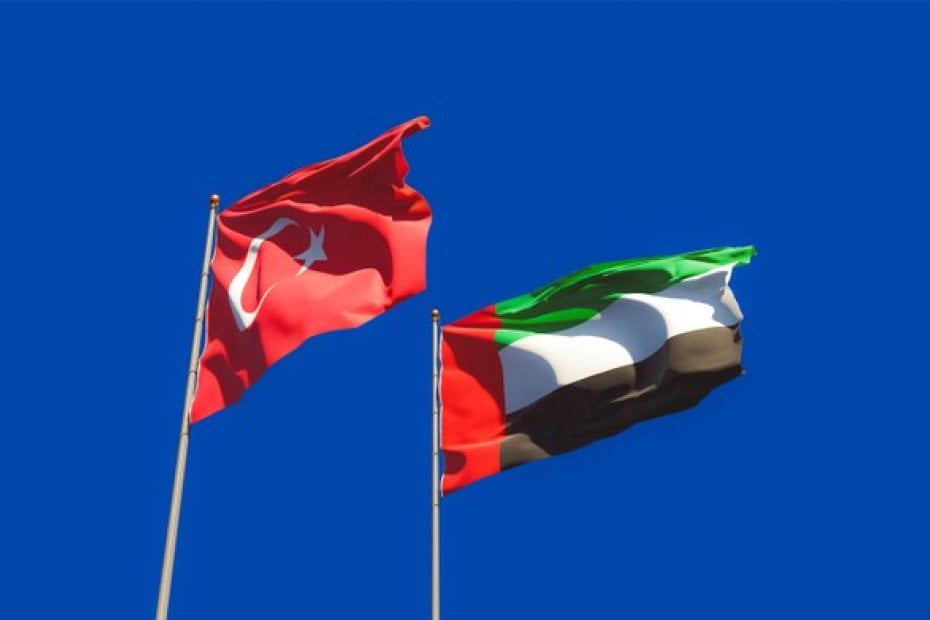 United Arab Emirates’ declaration of sovereignty over the rule of the United Kingdom was greatly celebrated among the Muslim countries as they have gained one more Muslim brother in the cradle of our globe. Initially, no formal economic, military, or political treaties between UAE and Turkey before the 2000s were done since both of them had important objectives they had to deal with and had a distance between their borders. Bilateral political relations between Turkey and United Arab Emirates started to develop when the first Turkish embassy was opened in 1979. Following this, United Arab Emirates opened its first embassy in Turkey in 1983. With the openings of embassies in respective countries, their relations and traffic of both investors and products continued to increase every year and still does as of 2021. Both Turkey’s and UAE’s Ministries of Foreign Affairs paid high-level bilateral visits to each other in 2016 and 2017. With Turkey’s industrialization and United Arab Emirate’s increasing amount of welfare, Turkey stood tall as United Arab Emirates’ one of the top 10 allies between the years of 2004 and 2008.

In 2008 Turkey became one of the largest trading partners of United Arab Emirates with more than $9 billion annual trade volume, showing an increase of 800% for more than ten years. In this process, UAE’s exports to Turkey had increased six times. Such successful economic relations continue to grow each year. Turkey and United Arab Emirates are major trading partners and each respective state imports and exports various numbers of goods annually. Turkey mainly imports gold, petroleum, oils, jewelry, etc from the United Arab Emirates, while Turkey’s primary export goods to United Arab Emirates are machinery and electrical devices, iron and steel, precious metals, air vehicle parts, etc. Turkey is at the eye of the many investors from UAE with Turkey’s valuable citizenship and simplified procedures of gaining it. Each year, the number of properties bought by investors from United Arab Emirates continues to increase and is projected to be so in the future as well. These successful nations promise a bright future together.

How to Obtain a Work Permit in Canada