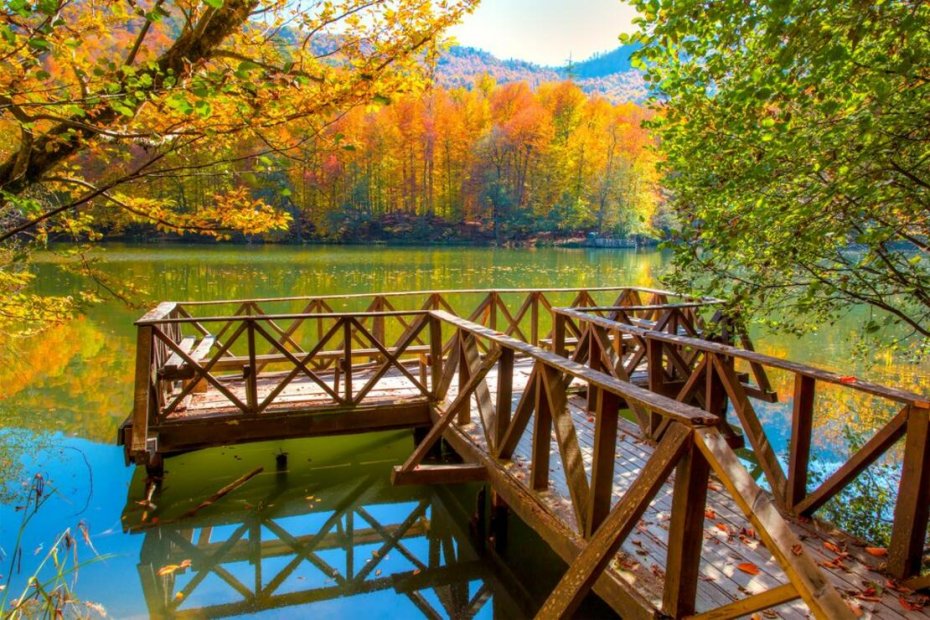 The geological structure of Yedigöller National Park, which is located in a very hilly part of the Western Black Sea region, is composed of volcanic rocks. The lakes in the region are known as landslide lakes, which are formed when the valleys obstruct the valleys as a result of slippage caused by ground movements. A few of the lakes are connected to each other by bottom leaks. The National Park has rich vegetation, aquaculture, wild animals it hosts and a balanced ecosystem created by these values. In the Western Black Sea, summer is hot, spring is cool, autumn is rainy and winter is quite cold.

The name of the park which are Seven Lakes located in the region and 1500 m from north to south. It is said that the presence of 7 small lakes are taken into consideration. Lakes named by foresters; It is known as Seringol, Buyukgol, Deringol, Nazlıgol, Kurugoli İncegöl and Sazligol. These seven different lakes are located on two plateaus with a height difference of 100 meters between them. It is known that “Buyukgol” which means “Big Lake” is the largest of the lakes in the plateau at an altitude of 780 meters. The first trout production facility in Turkey has been established in this region on 1969. Buyukgol is used in Yedigoller National Park for live trout breeding. The deepest lake in the southeast of Büyükgöl and connected to it by its 20 meter long flowing section is Deringol. The depth of this lake is measured as 15 meters. Seringol is located to the north of Buyukgol. Known as the widest lake of the plateau, Nazligol is also known as the due to the Selale Lake formation of a waterfall with water leaking from the bottom. Descending from north to south, the highest point is 1488 m. and Egrikiris Hill, the lowest place is 465 m. and known as Kirazcati. Often creating pure beech trees of different sizes and norms of scientific investigations and vegetation located in the Seven Lakes National Park, which has a magnificent infrastructure for research in Turkey.

However, in the region with the most beautiful and mixed vegetation of the country, there are various types of trees such as oak, hornbeam, larch, alder, scotch pine, fir, elm, high-tall and smooth-bodied linden and declining yew. 1642 hectares of land in Turkey's rich forests and natural beauty of the hosts, Seven Lakes Basin, due to the presence in the same area of mixed plant species, according to forest Laws, 29 April 1965 'National Park' 'is protected as.

In the Koyyeri which is locality in the national park, there are ruins thought to belong to the Byzantine period. These ruins tell us that this area was a settlement in ancient times.

In this magnificent unspoiled National Park, wild animals such as bears, pigs, wolves, foxes, martens, squirrels, deer, roe deer and rabbits and wild ducks, wild pigeons and partridges continue to survive. It is known that there are over 100 bird species in the area. With these features, paid activities are organized in order to make sport angling performed in Yedigoller National Park which is seen as a complete nature paradise in Buyukgol and Deringol between May and September. In the lakes species such as lake trout and rainbow trout live.

It is recommended to go up to the Kapankaya Landscape Observation Terrace in the region and look at the fascinating view of Yedigoller National Park from above. From here you can see all of the lakes that appear to be lined up and the unique natural beauties surrounding them.

The park offers its visitors the opportunity to stay in a hectare area alongside a quiet, serene and spectacular landscape. Tent or caravan accommodation can be made as well as Yedigoller National Park in the 18-unit bungalow houses with a total of 72 beds. There are also restaurants and car parks within the area.

Day tours from Ankara to Yedigoller National Park are organized. As of 2018, travel and transportation can be provided by paying expenses including food and drink and road. Guided tours are also offered by visitors. Private tours are also organized for photographers in Ankara

How can you go to Yedigoller National Park? 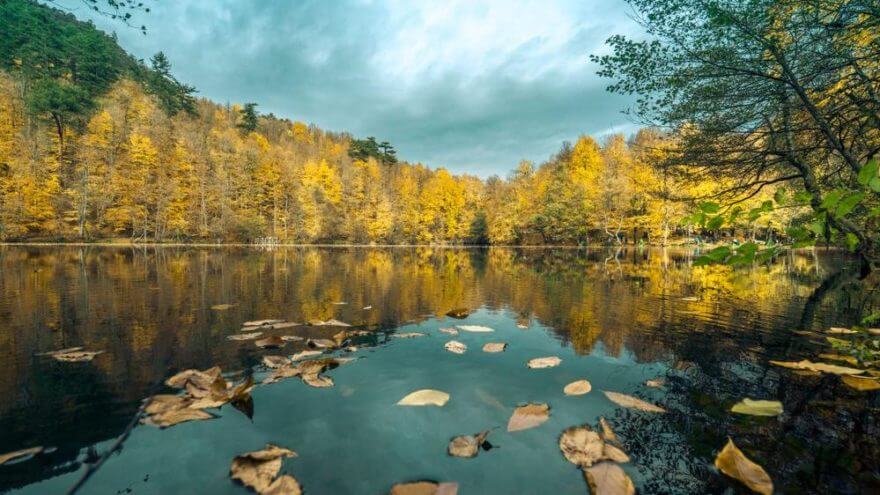 In the Western Black Sea Region, Zonguldak located in the south of the province, Turkey's most impressive and one of the breathtaking natural beauty Seven Lakes National Park, Ankara and Istanbul in the highway 152 kilometers Yenicaga and 190 kilometers from the area can be reached with the northward paths diverge from Bolu. In winter, the roads are covered with snow and Yenicaga, Mengen – Yazicik or Devrek-Yazicik roads are used.

For those coming from Istanbul, it is recommended to come to the center of Bolu via the highway and follow the mountain road from here. The distance between Istanbul and Yedigoller is 310 kilometers. The journey takes about 4 hours.

The journey takes about 4 hours.

Where to Get Holiday in Turkey? Here are 15 Place Recommendations