In Istanbul, where even art galleries were found to be difficult due to bureaucratic procedures and lack of public interest, there are now museums adorned with the harmony of creative spirit and entrepreneur who provide services for the needs of the period. Private museums opened by private enterprises, which you see in your foreign programs in the famous cities of Europe, showcase their outstanding works in new culture and art shows at many different points of the city for Istanbul's 2019 and beyond targets.

In order for the art and artist, who are one of the veins of the society to grow up, the generations that make up that society must have taken part in the intellectual community from father to son.  The societies that have embraced the artist's works and ideas easily survive this crisis. Investors and businessmen who have become aware of this phenomenon in the society are opening museums along with many social and cultural works in order to keep their goals alive. If they did not initiate these initiatives with their own initiatives, perhaps only foreign tourists would visit the museums of the country today, and they would not go down to the level of the people economically and meet art and people. Here are the new culture and art showcases of Istanbul:

In Turkey, it emerged with the support of private enterprise. The museum involves industry, works of communication and transportation, covering an area of approximately 11,250 m2. The museum, located in the Golden Horn region, welcomes its visitors with the majesty of unused warplanes spread over a huge area. The foundations of the museum were first laid on the walls of the Byzantine Empire in the 12th century by Ahmet I, who is the 14th Ottoman sultan and 93. Islamic caliph, the son of Sultan III Mehmed and Handan Valide Sultan. During the Ottoman Empire, there was a “lengerhane “ building inside these walls. This building, which is made of large copper vessels with wide and wide edges, was later purchased by the Ottoman Sea Lines Company (Şirket-i Hayriye) in 1861 with the Hasköy Shipyard, which was built to carry out the maintenance and repairs of the ships, by the Koç Family. 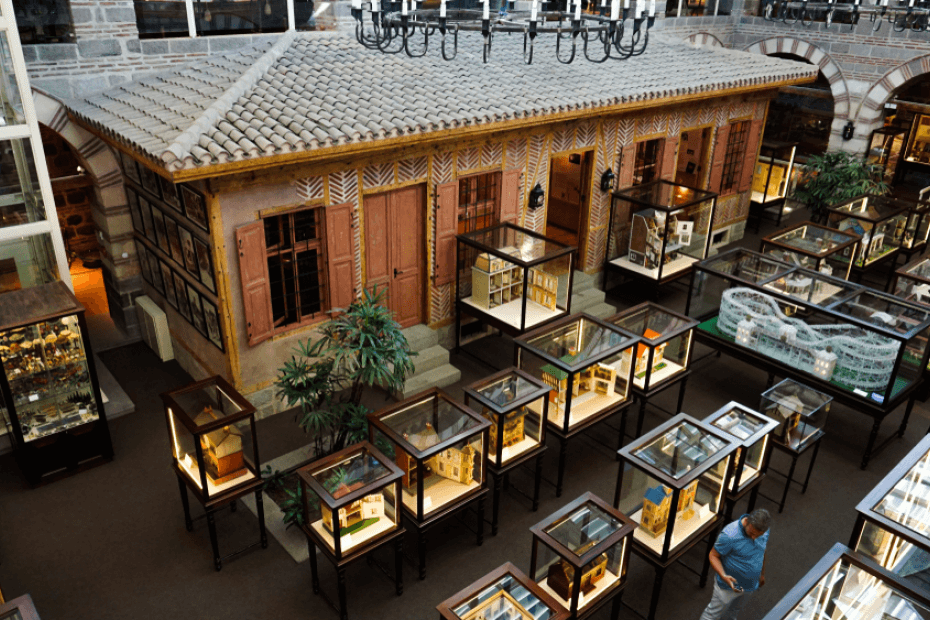 The museum, whose restoration works are carried out by Garanti Koza, offers the most exquisite tastes of the Turkish palate with its huge restaurant to the weary visitors after the trips.

The Rahmi M. Koç Museum offers more than expected to those who come to explore the cultural and artistic life of Istanbul. In the museum, you can find the opportunity to see the historical and unused works, which are used in the fields of industry, communication and transportation, and listen to their stories. Some of the works that have their own individual story:

In another section of the Rahmi M. Koç Museum, there are traditional shops that are home to important works of artisans and craftsmen in Turkish history, which we cannot see in other museums. Scientific instruments, shoemakers, blacksmiths, pharmacists, ship equipment and toy shops lined up on a street containing small and rare objects that attract visitors.

Hours : The museum is open from Tuesday to Sunday inclusive at the following times:

Istanbul Modern hosts the most striking works of temporary modern art exhibitions. All kinds of works of art can be exhibited in the museum and its most prominent exhibitions are in the field of photography and cinema works. The dynamism of the contemporary art scene is spreading from the museum, where wonderful works of Turkish cinema and world cinema are featured.

The founder of the Istanbul Foundation for Culture and Arts, Nejat F. Eczacıbaşı undertook a study in 1987 with the idea of establishing a modern art museum that will be at the heart of Istanbul and the establishment of the museum is ensured through intensive efforts. 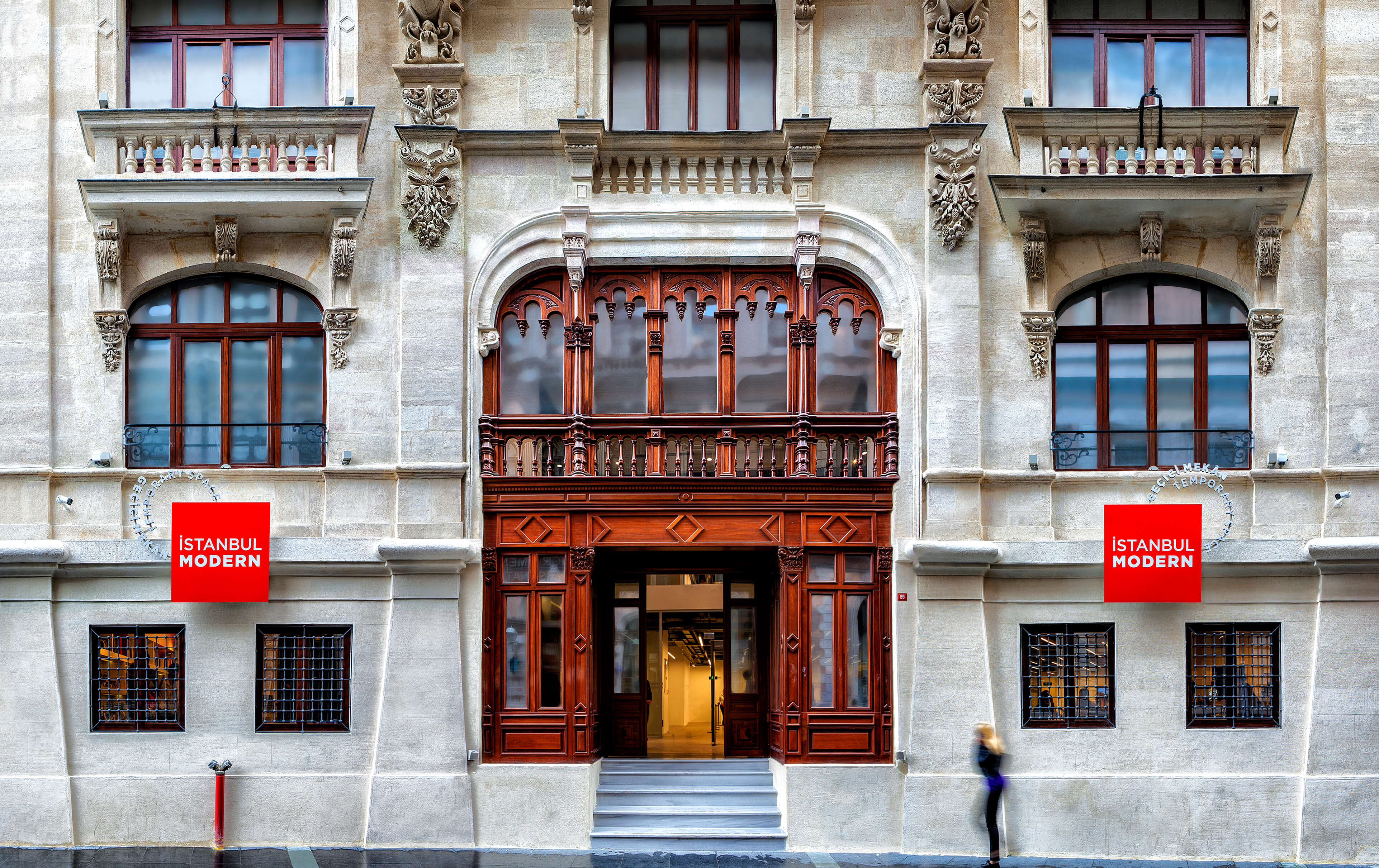 Taking a Fresh Look at Photography and Cinema

Two of the departments in Istanbul Modern focus on photography and cinema. Photo collection located at the museum is exhibiting all the people of the Ottoman Empire period and the reality of modern Turkey with nudity. In the museum, which includes the works of international photographers, trainings are given for the development, interpretation and protection of the art of photography.

The cinema unit, on the other hand, aims to inform and entertain its visitors by exhibiting cinema samples from classical cinema films to experimental cinema genres. In the unit where you will see the cinema samples in monthly programs, film screenings take place. With these examples, it aims to raise awareness of both local and international visitors.

The Sakıp Sabancı Museum, which was established on the hill connected to the Bosphorus and Emirgan Grove, which is one of the breathtaking spots in Istanbul's city life and known to the public as “The Horseback Pavilion “ changes hands many times and becomes a museum today.

In 1951, Hacı Ömer Sabancı buys the building where the museum is located, from one of the sons of Prince Mehmed Ali Hasan, with the dream of a large summer house for his family in Istanbul. Hacı Ömer Sabancı, who is also known for his fondness for works of art, buys the horse sculpture made by Mahmud Muhtar Pasha at the Marble Mansion in the Moda district in Istanbul and places it in front of the mansion and makes it publicly known as “equestrian mansion”. 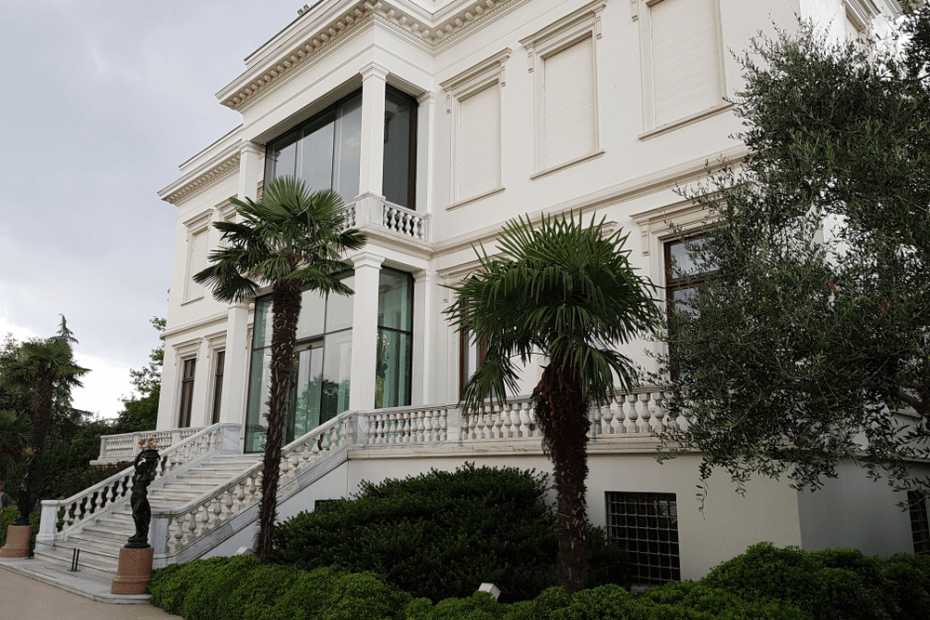 After Hacı Ömer Sabancı, the mansion has been used as a residence by Sakıp Sabancı and his family for 30 years. In 1994, a decision was taken by the Sabancı Group under the leadership of the Hacı Ömer Sabancı Foundation, to rent the bulding for 49 to Sabanci University (a liberal institution of higher education that style of science education in Turkey) and Sabancı University opens its doors to the visitors in 2002 as the Sakıp Sabancı Museum with its extraordinary artifacts and a garden where you can see all shades of green.

With its historical equestrian mansion and a gallery with advanced technological ergonomics, the Sakıp Sabancı Museum, which is in the museum standards at the international level, contains highly valuable manuscripts, paintings of 19th and 20th century painters in a large exhibition area. According to the monthly programs, various levels of education are provided in the museum, as well as permanent and temporary exhibitions, and online publications.

You can see many works such as the furniture used by the Sabancı family during their stay in the mansion, 18th - 19th century works of art, sculptures, metal works, porcelain objects, decorative artworks, 18th and 19th century Chinese vases, decorative plates, French porcelain, German porcelain produced in Berlin and Vienna, in Sakıp Sabancı Museum in Istanbul.

Pera Museum is inaugurated in 2015 by Suna and İnan Kıraç Foundation. The museum has three sections and three private collections. The first and second museum floors are used as exhibition halls, while the third, fourth and fifth floors are used as auditoriums and foyers. On the ground floor of the Pera Museum, special souvenirs related to works of art are sold. 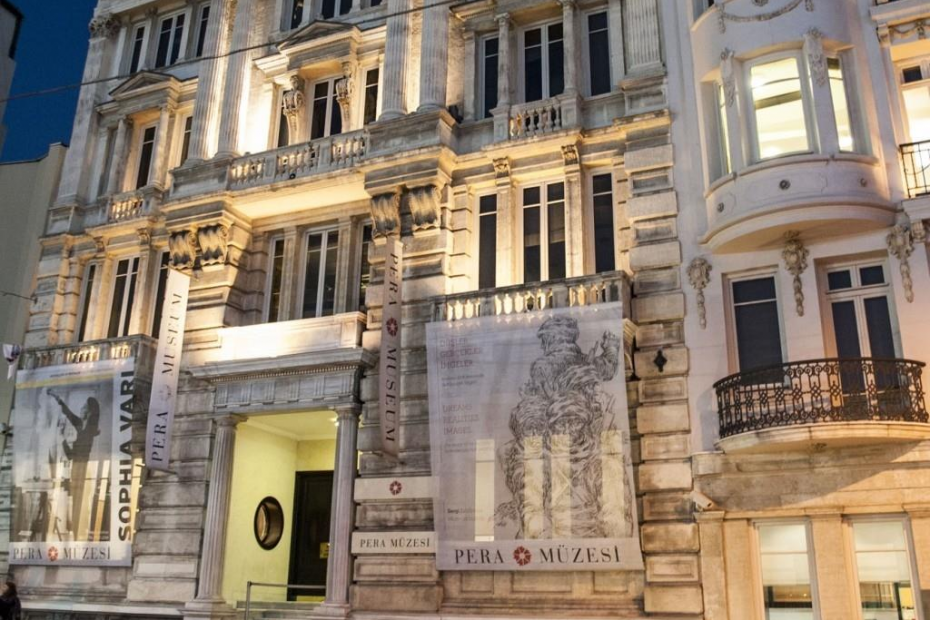 Most of the museum floors are made up of the Anatolian Weights and Measures Collection. In this collection, local weight and measurement units used in the geography of Anatolia since ancient times, and important examples of weighing and measuring devices produced with the conditions and technology of the period are exhibited. On the other floor of the museum where there are outstanding works for history and archeology enthusiasts, there is the Kütahya Tile and Ceramic Collection, one of the advanced examples of tile art in Anatolia. The museum, which has been used for centuries in the architectural structures of Turkish-Islamic civilization, is known as the first museum that brings together examples in this field.

The Orientalist Painting Collection, perhaps considered one of the richest collections of the museum, consists of selected works by European “orientalist” artists who were influenced and inspired by the Ottoman Empire in the 17th and early 18th centuries, and the works of Osman Hamdi Bey, his famous painting the Tortoise Trainer to the taste of visitors.  Pera Museum, which is one of the most important art centers for local and foreign visitors in Istanbul by its location, is waiting for everyone to visit Taksim with the experience of Virtual reality (VR) journey to Osman Hamdi Bey's World .

Pera Museum visit and Pera Film screenings are free for all students on Wednesdays.

How Long Does It Take to Get Turkish Citizenship?
Own a Commercial in Turkey
Exploring Istanbul Neighborhoods: Besiktas