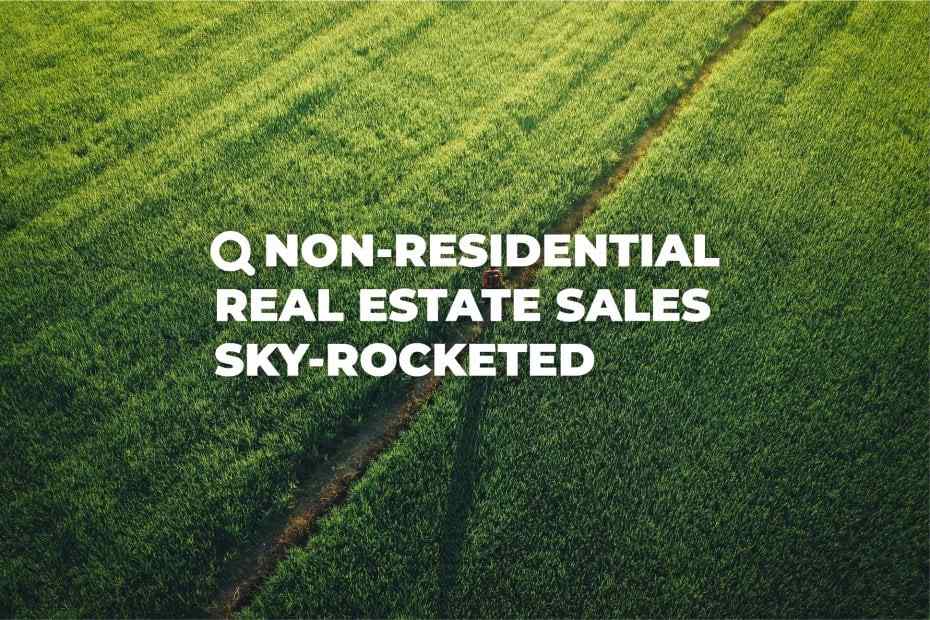 Last year, sales of non-residential real estate such as land, agricultural land, and shops across Turkey exceeded 1.5 million, breaking an all-time record. Those who made their investment in the right location made great profits. In some districts of Istanbul, the value increase of the fields in 8 years has reached 800%. Megaprojects such as Istanbul Airport, Northern Marmara Highway, and Istanbul Canal have been significant factors determining the land purchases.

The search for low-budget investments and the dream of detached life that emerged with the influence of the pandemic' played a significant role in the increase in land sales. Land purchases in Istanbul were for investment purposes rather than a desire for a detached house. Istanbul Airport, Northern Marmara Highway, and Istanbul Canal played a key role in the purchases.

Land and agricultural land investments are on an increasing trend because they are more affordable than housing and their future price increase potentials contain more positive expectations for investors. Those who made their investment in the right land in the right location made great profits. There was a great increase in land prices in the districts of Istanbul. Agricultural land prices in Arnavutköy have increased by 600 percent since 2013, 700 percent in Eyüp, and 500 percent in Çatalca. In Beykoz, the price of agricultural lands has increased by more than 1000 percent in 8 years. İzmir was one of the cities where demand increased. Last year's earthquake also affected the real estate market. The escape from the city center to the vacation spots showed its effect on the increase in land prices.

Is it a Good Idea to Buy Property in Turkey?
Real Estate Ownership in the USA
A to Z Guide: Buying a Real Estate in Turkey