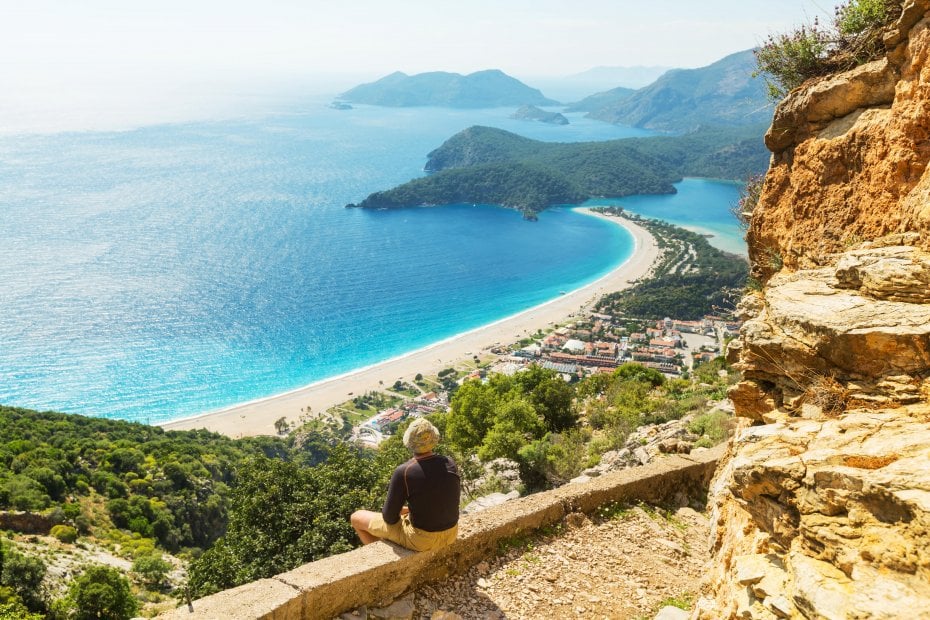 Culture and Tourism Minister Mehmet Nuri Ersoy has indicated a new strategy for the tourism sector based on technology and up-to-date initiatives to promote Turkey as a destination and increase the number of tourists in 2021.

Turkey will adopt a new tourism promotion strategy in 2021 with its "Go Turkey" platform, using the latest technology and communication models, as well as focusing on advanced public relations that will bring 81 provinces under one roof and boost Turkey's tourism performance, Culture and Tourism Minister Mehmet Nuri Ersoy said Tuesday.

"Turkey showed a better performance thanks to the Turkey Tourism Promotion and Development Agency (TGA), which actively began its operations in 2020 and is made up of sector representatives as well as professional promotion experts with good knowledge of new-generation communication models and technologies," Ersoy told a press briefing in Ankara.

"This year Turkey has become the country with the most influential advertisements. Our agency currently has the best model in the world. It is an advantage it was newly established and therefore has the latest technologies," Ersoy added.

Turkey last year hosted more than 1,000 editors, influencers and opinion leaders, he said, adding that this number will exceed 3,000 this year.

"As of 2021, the agency will put into practice a new technology. The Go Turkey website was created with the latest technologies, using artificial intelligence and it is user-friendly in terms of visuals. The system follows more than 100 media outlets that have the possibility of making news about Turkey while it also follows news about the world's biggest tour operation," Ersoy highlighted.

"It analyses positive or negative content on Turkey and accordingly determines a promotion priority. It will also record tourist visits and habits. Go Turkey is one of the world's most visited webpages. Now, we will focus on qualitative visitors and will further develop the website," he continued.

He said at least 30 provinces are already integrated into the system and all 81 will be processed by late February. "All of our provinces were trying to promote themselves individually, now with this new system, we will be one single voice. We educate and direct them on what kind of videos they have to take as well as what kind of content they must make."

Highlighting that Turkey has many aspects bringing it forward in the tourism sector, including gastronomy, natural riches, cultural and archaeological sites, Ersoy said the new strategy focuses on determining which country is interested in what and bringing this aspect forward.

Operating under the auspices of the Culture and Tourism Ministry, the agency aims to make Turkey a brand and a popular destination in both domestic and international tourism markets; promote tangible and intangible natural, cultural, biological and manmade heritage assets, and boost the tourism capacity of Turkey and increase tourism investments.

The minister elaborated that with the predictions of daily coronavirus cases dipping below 2,500 in the upcoming months, tourism will start to revive around April.

"We see that the travel sector is the fastest recovering industry," Ersoy said, indicating that such a deduction can be made looking at Asian countries that have been recovering from the pandemic more quickly.

"In 2021, I expect the tourism income to exceed $23,3 billion and the tourist numbers to reach 31 million. We expect a V-shaped recovery in the sector. While the worldwide tourism sector underwent a shrinkage of around 80%, Turkey showed a performance that is 15-20% better than the world average," the minister pointed out.

The damage to the tourism sector during the global coronavirus pandemic was limited with the implementation of financial measures and dynamic adaptation.

Apart from the agency, having strong communication with the tourism sector and as one of the first countries in the world to adopt the Safe Tourism Certificate program helped Turkey overcome some of the challenges brought on by the pandemic.

The Culture and Tourism Ministry kicked off a Safe Tourism Certificate program at the very beginning of the coronavirus outbreak, implementing effective measures at airports, accommodation facilities and beaches to curb the spread of the disease.

Tourists have been able to vacation with peace of mind thanks to the effective measures enforced by the government, which has set high safety standards in all areas of the industry.

The minister further added that Turkey's numbers were positive in the first three months of 2020 and showed that the year would exceed prior expectations, but the sector was hit by the pandemic.

Istanbul will be the Global Center of Entrepreneurship