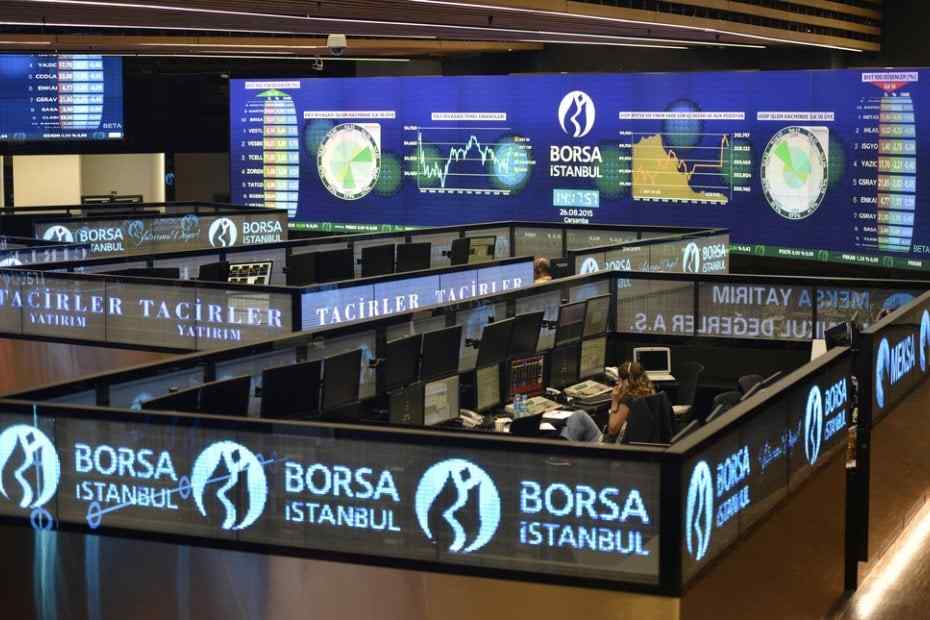 In 2023, the Republic of Turkey, seeks progress in many sectors such as the export target, technological investment, defend security and energy supply industry. According to the purchasing power parity, the world's 13th largest economy, Turkey, is considered one of the most important countries in the geo-economics among the G-20 countries. In 2023, Turkey aims to be among the largest economies in the World by developing institutional capacity via making Turkey's 4th industrial revolution driven by investment and mega-projects.

Turkey, in 2023, aims to increase the annual Gross Domestic Product 2 trillion, while exports aims to increase to $500 billion. The country, which attaches great importance to the structural reforms in the economic structure in recent years, is making significant investments and innovations in departments such as animal husbandry, agriculture, transportation, energy, health and communication. In this way, the institutional capacity in the economic structure develops, strengthens and the economic system becomes more resistant to the risks that may occur in the world.

In 2008, the Turkish economy was shaken and contracted due to the global financial crisis that shook the world and led to a contraction in economies in 2009. In the following years, the economic structure that grew by 9.2 percent and 8.5 percent, the GDP per capita was 3.492 dollars in 2002, and in 2014, it increases to 10.404 dollars. The national income per capita, which is expected to rise to $ 12,244 in the 11th Development Plan, is expected to have a positive impact on the sector with the introduction of mega projects, while Istanbul, which is located in the triangle of Europe, Eurasia and the Middle East, is expected to be the center of finance in its region. The harbinger of this is that investors can reach 22 capital cities under 2 hours flight distance and reach 400 destinations by using Istanbul New airport, one of the largest airports in the world.

Gateway to the World, Turkey

The recent economic and structural reforms brought the Turkish banking sector to risk-ready conditions and strengthened its advantageous position in the world. foreign investors who purchase at least 400,000 worth USD house, workplace land and other property from Turkey, gets Turkish citizenship with incentives provided for them to create an appropriate legal framework to take advantage of Turkey's geopolitical position reaching to Europe, Middle East, North Africa and Asia.

Perhaps the most important city in Turkey's economy, the first place in terms of energy, transport and public investment is Istanbul. Being Turkey’s gateway city with both imports and exports, after completing the Marmaray, New Airport, Istanbul 3. bridge, Canal Istanbul project and projects like the Eurasia Tunnel, Istanbul is considered to be the center of finance in the region.

Even though Turkey's 2023 goals seem ambitious and aggressive targets, with the population under 30 years approximately corresponding to half of the total population, technology-oriented investment and performance based institutional capacity investments and the mobility of owned economic potential and diversity in interest-free investment vehicles, Turkey is expected to reach its 2023 targets, especially by attracting Gulf capital to the region.

It is estimated that Istanbul, which has a historical background, will add value to its investors as the financial center of the region, and everyone living in Istanbul will be a part of this production system and if a financial system that focuses on human values is not to be established, Istanbul, which is considered the capital of humanity, will realize it. For this purpose, the city hosts many global finance summits and CEO meetings and is one step closer to its goal of becoming a global financial center.

The Foundation Model, which is one of the world's most recognized fund systems, was born and raised in Istanbul and is considered as one of the past legacies of this intercontinental city. Istanbul, which is expected to transfer its 700-year success story to all humanity on a global scale, is making investments in world financial technologies compatible with mobile platforms such as AI, VR, Digital Voice Recognition and Digital Encryption. In addition to being a cultural global center, Istanbul seems to have significant advantages for being a financial center.          Fitch Ratings analysts predict that Turkey will grow an average 48% for the next 5 years. The quality of the people working in the banking system in the country and the technological infrastructure are also ahead in many areas compared to other countries in the world. In order to make Turkey one of the world's 10 largest economies in 2023, the support from the banking sector is expected to make new infrastructure projects such as bridges, hospitals, nuclear power plants. According to Microsoft's research, Turkey's capital companies have a good ranking in the world under the name of digitalization. A large part of customers reaches shopping sites through social media in Turkey and 1 in 3 people use the to shop online. Turkey, which is now one of the first countries to reach 5G, is one step closer to their goal as to develop the new generation of communication technologies and productive country.

What do Economists say?

Nouriel Roubini, a world-renowned finance professor, says that Istanbul will become a city of finance, culture and art and will play a key role in the economy in the future.

World Bank Turkey Director Martin Raiser, noting that the geographical location of Turkey carries great importance in becoming a global financial center, says that '' Turkey's current account deficit is declining, this is good news. I find the government's efforts to reform the private pension system positive in reducing the current deficit'. Raiser referring Turkey's attracting investments more than it did 10 years ago, states that, '' In a good year Turkey gains 20 billion dollars, in a bad year, it would gain $10 billion in foreign investment. Attracting foreign investments in Turkey will play an important role in the Istanbul’s becoming financial center ''

Mckinsey & Company, Middle East Regional President Hans Martin Stockmeier said that he stayed in Istanbul and Dubai for eight years and think that Dubai has become a financial center in a short time by taking advantage of the war environment in Lebanon and that Istanbul has a good chance of becoming a global financial center. Also, he addressed Turkey's diversifying trade markets by stating that in 90s, Turkey’s exporters did not count on Middle East, they were focused only on Europe. But now, the emerging markets towards the Gulf countries and the Middle East will play a major role in making Istanbul a financial center.

The Importance of Turkey's History and Future
Why is Turkey important for the European Union?
Why Do Foreign Investors Prefer Spain?