Turkey to Launch 1915 Canakkale Bridge on a Significant Day 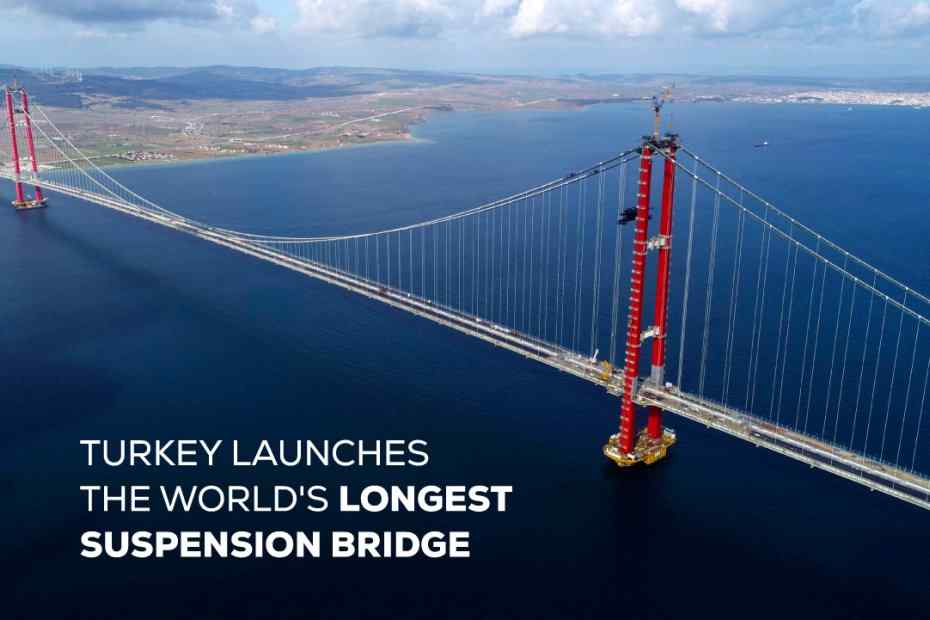 The 1915 Canakkale Bridge which was first initiated on 18 March 2017 has launched for traffic on the very same day after five years of detailed and highly organized construction work. March 18 has a significant place in Turkish history as it’s the day for the victory of 1915 after the Battle of Gallipoli on the country’s highly strategic point, the Marmara peninsula.

The bridge makes a highlight by its title for “the World's longest suspension bridge” with its 2023 meters mid-span. A highway project is also a part of this megaproject to improve the traffic in the region.

Here are some details on the 1915 Canakkale Bridge: