Turkey's 2022 Investment Program Has Been Announced! 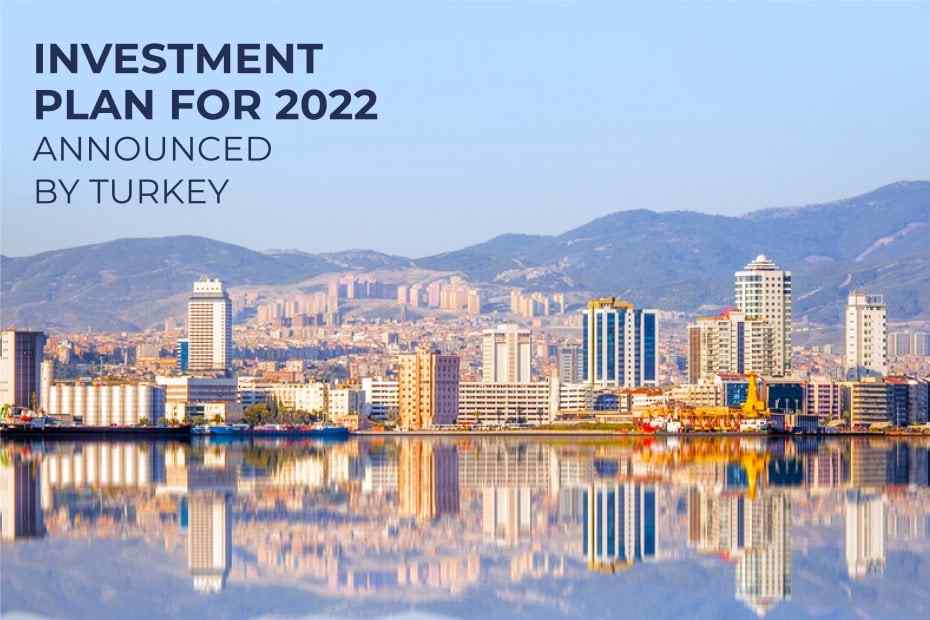 Turkey's Investment Program for 2022 was announced on January 15th. While an appropriation of 184.3 billion lira was allocated for 3 thousand 134 projects in the prepared program, the highest share was allocated to transportation and communication, and education. The program included the projects of organizations under the central government budget, SEEs, organizations under privatization, revolving funds and social security institutions, and investment projects to be carried out by metropolitan municipalities using foreign project loans and other municipalities.

Among the investments of the Ministry of Transport and Infrastructure, which received the highest investment share, urban transportation came to the fore with projects such as Gayrettepe-Istanbul New Airport Metro Line, Sabiha Gökçen Airport metro connections, AKM-Gar-Kızılay Metro Line, Başakşehir-Kayaşehir Metro Line.

The support for investments in health and education was also increased. 3 billion liras were allocated for the "10,000 Schools in Basic Education Project", which was initiated to create safe educational environments, increase access to pre-school education, support disadvantaged schools and increase the quality at all levels of education. In order to further improve the progress made in physical infrastructure, service access, and service quality in the field of health, and to reduce regional disparities, an appropriation of 15 billion Turkish lira was allocated in 2022 to the investment budget of the Ministry of Health, which was 8.6 billion Turkish lira in 2021.

Are Mobile Homes Good Investment Properties?
Educate to Children with Special Educational Needs in Turkey
Where to Invest in Property in the UAE?