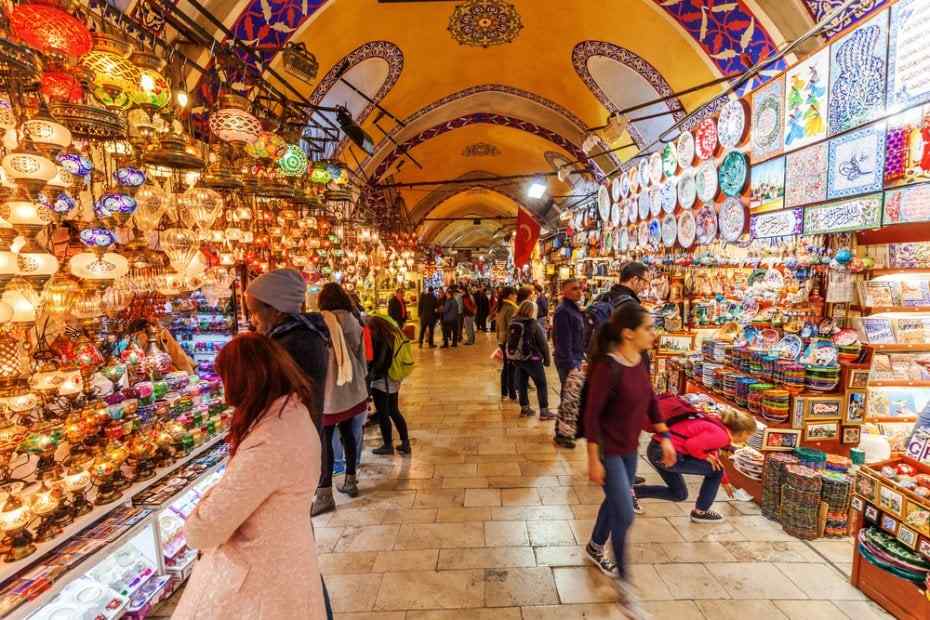 The Grand Bazaar in the Fatih district of Istanbul, the oldest and largest example of closed shopping centers in the world, is regarded as one of the most well-known places by domestic and foreign tourists in Istanbul. This historical structure increases its popularity by attracting the attention of consumers day by day -instead of closing in time- by standing against the changing consumption habits. Many countries around the world design shopping mall concepts, taking the Grand Bazaar as an example.

The Grand Bazaar, which has given life to Istanbul for 560 years, is shown as one of the third stops after the Blue Mosque and Hagia Sophia. The bazaar, which is visited by 700 thousand people, 600 thousand of which are foreigners on average, is also the oldest bank in the world. Bazaar, which was a place for people to reserve their estimate by trusting the tradesmen operating in bazaar in the past, exports 60% of the gold that Turkey's exports to world by processing.

The First Example of Shopping Centers

Being in the crossroads of Europe Asia and Africa, Turkey has a strategic importance geopolitically which caused hundreds of wars in the past. The Grand Bazaar, which is considered as the first example of shopping centers in the world that hosted various products moved to Europe, is also accepted as the legacy of all the peoples of the world.

The Grand Bazaar, which houses a total of 3,600 shops, has 68 streets. There are a total of 20 inns in the bazaar, which can be accessed through 21 different entrances. 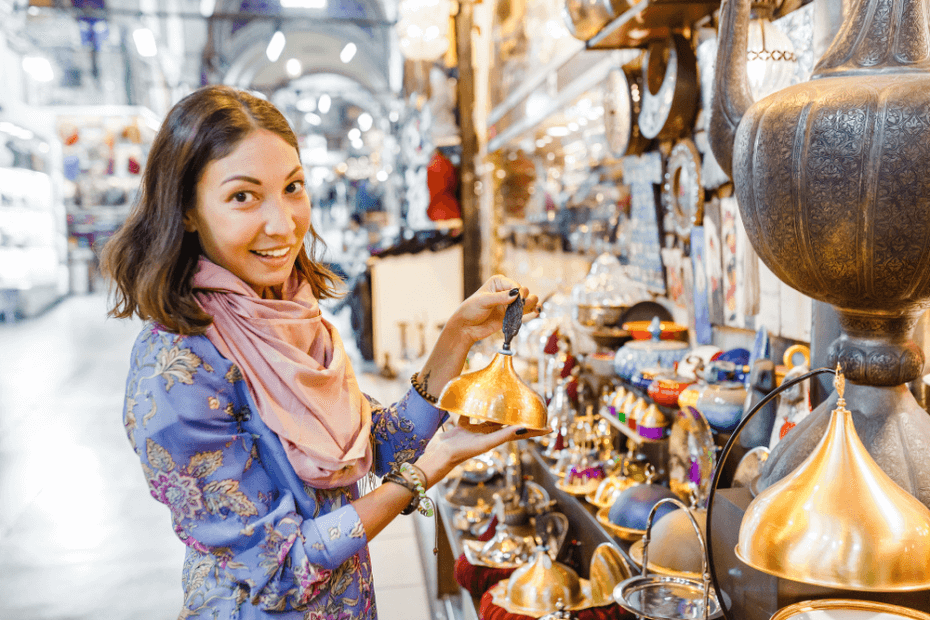 Founded in 1461, the Grand Bazaar is one of the most well-known and visited bazaars in the world since its establishment. When it comes to shopping in Istanbul, it is the first bazaar that comes to mind and it is the only place that stands out from its examples in the world in terms of its many features.

After the destruction of Byzantine in 1453 by the Ottoman Empire and the conquest of Istanbul, the Grand Bazaar, which was established to cover the expenses of Hagia Sophia, was converted into a Mosque as a symbol of conquest, and has gained its present state and maintains its identity as an important trade center that has a share in Istanbul's economy.

Located in the triangle of Nuriosmaniye, Beyazıt and Mahmutpaşa mosques in Istanbul, the Grand Bazaar is known to have reached its present state in 250 years. It is understood from the Ottoman archival documents that the section where the goldsmiths exporting gold in the bazaar was built by Fatih sultan Mehmet, the conqueror of Istanbul, and the section in which the main bazaar is in, was built by Kanuni Sultan Süleyman, the owner of the period in which the magnificent century series was told.

The bazaar, built on a total of 45 thousand m2, also attracts attention to the structural features. The bazaar, which has a ceiling height of about 30 meters, is covered with a dome design, and each of the 68 streets houses trade houses with different occupational groups. Grand Bazaar, which has been accepted as the heart of handcrafted manufacturing in all regions in the past, continues to live with its names on the streets even though many handcrafted occupational groups have not reached to present day. Examples of these are Aynacılar Street, Fesçiler Street, Feraceciler Street, Serpuşçular Street, Tuğçular Street, Kalpakçılar Street and Perdahçılar Street. 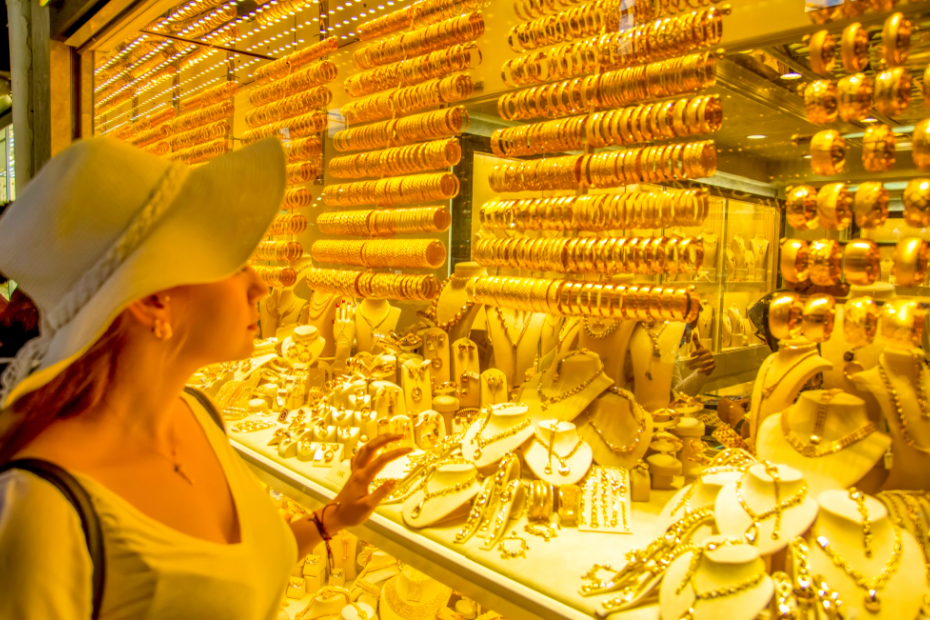 It is known that high-income citizens in the past entrusted their valuable goods to tradesmen in the Grand Bazaar for a certain fee, and that they kept these valuable goods in their safes. It can be said from this feature of bazaar, which is not used much today, is one of the oldest banks in the world. We see in the Ottoman archival documents that the center of the gold exchange is the Grand Bazaar. In the past, it was a privilege of the richest people in Istanbul to own a shop in the bazaar. In the covered places named Cevahir and Sandal there were precious jewels, weapons, the most valuable fabrics, carpets from all over the world and, of course, gold from the lands of the Ottoman Empire. The families who trades in the Grand Bazaar were specialized in their fields because they continued this trade from generation to generation.       The Grand Bazaar has been hosting many local and foreign guests for centuries, and it also inspires many writers, poets and painters. It is known that the travelers, foreign state officials and historians who had gone to Istanbul in the past were very impressed by the Grand Bazaar and mentioned this in their works.

The Grand Bazaar, which has a 560-year history and is considered one of the symbols of Istanbul, is a cultural heritage for all humanity and one of the most important centers of trade. Here, mostly hand-made items are sold with the unique tradition of the bazaar, and the Grand Bazaar, which is the most popular place in tourism, is a special place where trade and culture fuse with each other, and, is seen as the hope of a legacy of Istanbul's past.

The bazaar gives the signals that it can be better and more popular than before with small arrangements for its wonderful days in the past; and it is one of the must-see places in Istanbul with merchants, culture, architecture based on the past and as one of the most active places in the historical peninsula. 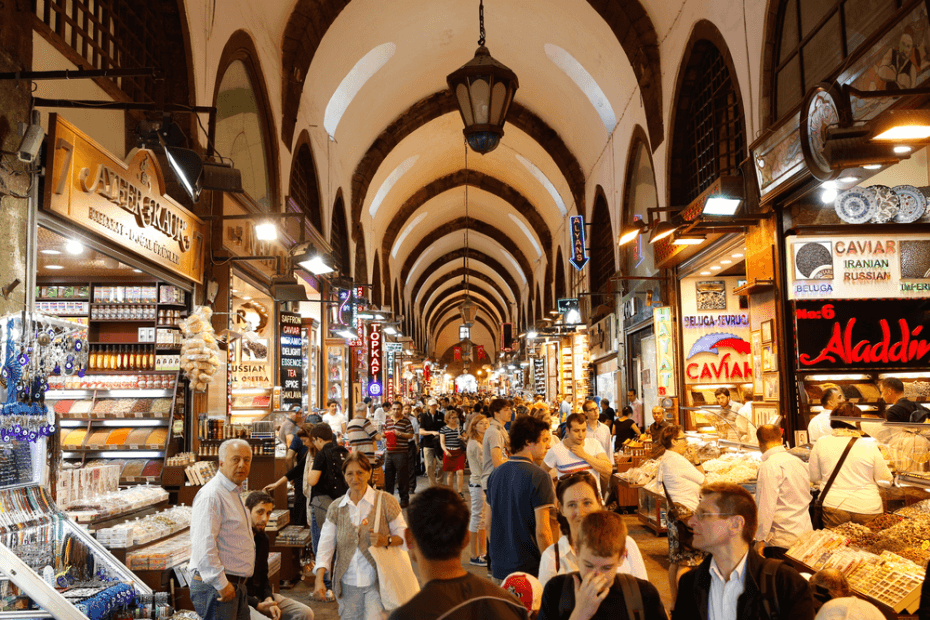 Why is the Grand Bazaar So Popular?

Undoubtedly, under its historical fabric, there is the feature of being a place where the trade extending from its past to the present day can be watched live and the humanity is exhibited with its diversity and capacity size that still keeps the production economy alive through many professions. There are many shopping centers in Istanbul. Within these centers, many consumption needs can be met from shopping places, cafes, restaurants, cinemas, but they are not as popular as the Grand Bazaar by tourists.

This is explained by the fact that the Grand Bazaar is more intimate and simpler compared to the new shopping centers as well as its historical texture and architecture. Turkey, has hosted different religions, languages, cultures, and a mosaic of ethnicities for centuries, and is a country with the culture of the Grand Bazaar, which has maintained its respectable place with the presence of commercial ethics in its economic life, and is moving forward with more solid steps to the future with the power it derives from its past.

During the time of the Ottoman Empire, the bazaar, the trade center of the imperial lands, exhibited the rarest examples of handcrafted clothing, precious metal embroidery, carpets and rugs, copper and antique items in shop windows. 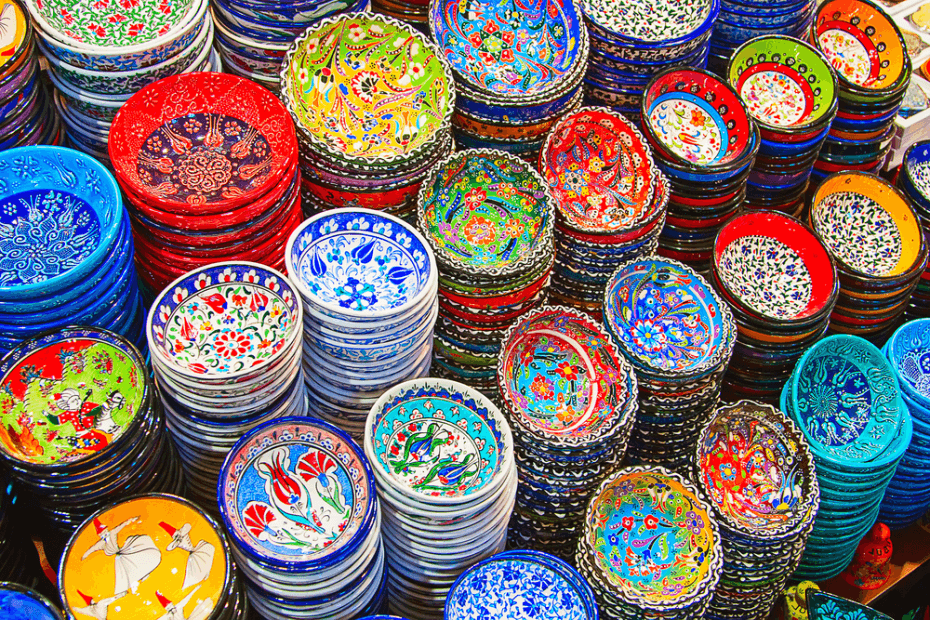 The traders from different religions, languages, races and countries trade in the spirit of solidarity, and even if the neighboring shop owner did not sell anything for that day, the other shops send their clients. Furthermore, after the event of robbery in Ottoman Period that caused the execution of thieves, there have been no robberies. Therefore, the shop owners cover their products instead of locking them inside, showing the culture of trade in the bazaar.